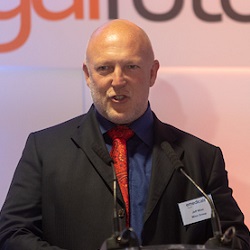 Winn: Gap in the market

The executive chairman of Winn Group – one of the country’s largest personal injury firms – has described how the firm has moved into ‘no win, no fee’ commercial litigation for cases worth less than £100,000.

Jeff Winn said the firm has also “downgraded” its business energy mis-selling  plans, partly because the rapid rise in energy prices meant that one client had “made a million” after being mis-sold a five-year contract.

Speaking at a session on new kinds of consumer claims at last week’s PI Futures conference in Manchester, Mr Winn said the Newcastle firm had spotted a “gap in the market” for commercial litigation cases worth under £100,000 – set to be subject to fixed recoverable costs next April.

Mr Winn said success depended on fees being reasonable, acting on a conditional fee basis and being able to tie in “reasonably priced” after-the-event insurance.

He described the latter as the “hardest” aspect and as a result Winns was looking to develop its own or even ‘speccing’ cases – effectively taking the financial risk itself.

He said the firm guaranteed to take no more than 25% of damages. The first few settlements had come through, with none being lost and “good fees”.

However, Mr Winn said he was taking a “watch and learn” approach to commercial litigation, rather than “really pushing it” due to the success of the accident management offering it has built.

He added: “It would be nice if recovery rates from the other side were better, but they’re considerably better than the personal injury market.”

Mr Winn said he was also working on a wills and probate service. “When that’s fully up and running and scalable, we’ll be looking at banks, large providers and pushing it through our BTE [before-the-event legal expenses insurance] provision to bring in more work.”

Mr Winn said the firm had “downgraded” its business energy mis-selling plans, after the rapid rise in energy prices made long-term contracts, even if they were not sold properly, value for money.

He said one client had paid a huge 50% commission for a five-year deal, which after the price rises turned out to be “excellent” and the client would end up having “made a million”.

Most of the brokers who did the mis-selling had now gone bust and did not have insurance, along with some of the energy companies “complicit” in the charging of high commissions.

“We’ve got a few good cases and energy will probably come back again, but it’s not quite what we were hoping for in terms of high volume and profit margin.”

Mr Winn said a further reason for moving away from energy was the success of the accident management service – which included repair, recovery and credit hire – which it ramped up ahead of the whiplash reforms coming into force.

Although it was hard hit by Covid, with case numbers falling by 95% “overnight”, it had “picked back up” since them.

The firm has built its BTE offering for brokers and insurance company clients who wanted their customers looked after despite lower fees. This had “taken off very well” and was generating work.

From turning over £50m from the personal injury side of the business during 2020-21, Winn turned over £100m in the financial year which just ended, “a bit more than we were doing pre-Covid”, and was heading for £150m in the next financial year.

Further, rising repair costs and delays in repairs – meaning hire costs were higher too – meant more cases were valued at over £10,000, making them costs bearing.

Mr Winn added that the firm was on the point of opening an office in Scotland, where it had found it difficult to progress cases quickly and efficiently, and could still get fees for personal injury work.

Bott & Co has won nine out of 10 cases but was yet to take a car finance case to the Court of Appeal, where it expected to end up eventually – challenges to its flight delay work went, ultimately unsuccessfully, to the Supreme Court.

Mr Bott said the crucial things for a new area of work were technology, finance and a plan.

On the Official Injury Claim (OIC) portal, he said the firm had created a completely new model for claims, though it would be 12 months before they knew whether it had worked.

“I admire people who make the law, but that is not my model. First we find something to copy, then we return to base and build something to deal with it.

“I’m a fan of Duncan Bannatyne. I look for an existing market, get into that market and try and do it better than other people.”