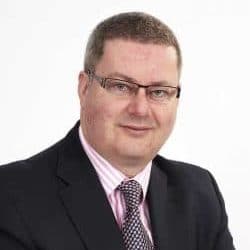 One of the country’s largest and fastest-growing personal injury (PI) law firms has announced record results and its ambition to expand further despite next year’s Civil Liability Act reforms.

James Maxey, founder and managing partner of Manchester-based Express Solicitors, said diversity of work and a greater focus on ‘insourcing’ would help it thrive in the future.

Express achieved turnover of £17m for the year to 31 August, up from £14.5m last year, with its sister medical company Ontime Reports Limited contributing a further £4m

The alternative business structure’s caseload grew 25% to 13,611 matters in 2018-19; it spent £6m on marketing and is the largest single contributor to marketing network Injury Lawyers 4U.

Every year Express makes public an unusual level of operational detail, and Mr Maxey explained that the firm was run on the American principle of open management, giving staff sight of how they are all performing.

The key to the firm’s continuing success, he said, was its blend of different types of PI work; motor – the area affected by the Civil Liability Act – represents around 25% of the firm’s caseload and 20% of its fees.

Otherwise it handles everything from medical negligence and serious injury claims, to dog bites and supermarket accidents.

But Mr Maxey stressed that the firm would continue to handle motor claims, particularly given how often cases could evolve as symptoms developed over time. Cases that seem like low-value whiplash claims at first look can turn into something far more serious.

“Some massive chronic pain cases can start off looking like whiplash cases,” he said. “How do you know what the small stuff is when it comes through the door?”

But he acknowledged that cases that stayed very low value would be challenging to undertake profitably.

Mr Maxey added that he believed the firm’s conditional fee agreement model was “flexible enough” to use for small claims without having to switch to contingency fees, as some are planning.

For firms that just handle motor claims, he continued, “they must be working out way to do very, very high volume and find way to acquire them at [virtually zero] cost”.

This model would likely involve clients largely self-serving with minimal “touch points” from lawyers. One danger with this, Mr Maxey suggested, was missing all the different heads of damages.

Also key to Express’s strategy was to insource as much as possible. While many PI firms outsourced much of the process – including advocacy and cost collection – his approach to employ skilled lawyers at every stage and reduce the use of counsel.

“You need to do all the bolt-on bits that firms give away,” he argued. “The bit I’d never outsource is cost recovery.”

He indicated that, once he concluded an ongoing routine refinancing – Express has enjoyed long-term support from Royal Bank of Scotland – he would press forward with more insourcing plans, the detail of which he was keeping under wraps for now.

The solicitor said preparing the firm required a lot of process engineering and training – he set up a training academy earlier this year: “If I’m going to charge for a premium product, I’ve got to deliver it.”