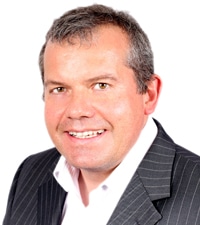 Grover: much more in control of our own destiny

Antony Hodari has cut its ties with claims intermediaries and will now become self-sufficient in generating its caseload, becoming the first major personal injury law firm to announce its post-referral fee ban strategy.

The firm is developing new routes to market that do not require paying for cases. It will also be building on the direct marketing capability it now has following last year’s acquisition of Paul Rooney Partnership.

As of this week Antony Hodari no longer accepts referrals from its panel of legal expense insurers, who until now have been a major source of work. Instead the firm has developed a bespoke broker and insurer offering, which includes an innovative legal expense insurance policy and fully outsourced claims function; it has also created a full accident management service for bodyshops.

CEO Mark Grover said: “The reality is that there will no longer be enough margin in fast-track personal injury work to include an intermediary – whether a legal expenses insurer, claims management company or whoever – in the process. We have got to become self-sufficient.”

He said “too many in the market” are looking for artificial workarounds that essentially preserve the status quo and the existing flow of money. “In our view, this is neither workable nor sustainable.”

Mr Grover continued: “We are now ready to push the button on our new strategy, which will put us much more in control of our own destiny. We have put together attractive offers to both brokers and bodyshops, and the proof is in the high levels of interest they have already generated.

“Paul Rooney is a fantastically well-known brand, particularly in the north-west, and this acquisition was a crucial part of the puzzle as it allowed us to diversify and obtain work directly.”

Mr Grover said he recognised the antagonism that has existed historically between law firms and the insurance industry, but hoped to bridge this divide.

“We believe that the customer is entitled to independent legal advice and representation; however, it is in everyone’s interest that costs are controlled. We have gone to great lengths to ensure that our broker and bodyshop models focus on streamlining the customer journey with immediate notification to the insurer. We are hoping that in time we can use technology to streamline it further and remove the duplication that the customer suffers in today’s models.”

Antony Hodari has undergone a modernisation programme over the past four years that has seen staff numbers cut by a third, while turnover has more than doubled, to £15m. But it said that the “unexpectedly harsh strictures” introduced by the government reforms mean that, “like many other law firms, Antony Hodari will need to make further redundancies”. A consultation has begun with up to 49 staff.

Mr Grover added: “The reality of the new environment means that claimant law firms need to be as streamlined as possible, and so we have reluctantly had to start a redundancy consultation process. We will do all we can to help and support affected members of staff. We have also thrown our weight behind the ‘Save the Legal Industry’ campaign, which seeks to highlight to government the ‘human toll’ of its reform programme, with thousands of jobs up and down the country under threat.”

Antony Hodari is also looking to diversify its work after acquiring the caseload of Preston law firm Ashton Fox last week in a pre-pack deal. The deal, for an undisclosed sum, includes all work in progress (WIP), totalling around 8,000 cases, predominantly on mortgage mis-selling and right to buy. Ashton Fox’s 24 staff have been retained to ensure a smooth transition.

Mr Grover said: “This represents a sensible diversification for the Antony Hodari business as we gear up for the post-LASPO world.”