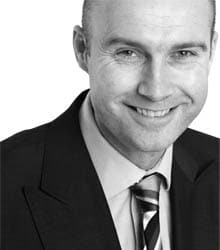 Hughes: objective is to diversify

The Manchester-based firm – which also has offices in Chelmsford and Sheffield – has 16 partners and more than 400 staff.

Among Horwich Farrelly’s clients are Admiral Group, Aviva, Brit Insurance, Esure and HSBC. Its chief executive is Anthony Hughes, a former president of the Forum of Insurance Lawyers.

Though as a legal disciplinary practice with non-lawyer partners the firm had to become an ABS at some point anyway, Mr Hughes said: “We were keen to achieve ABS status because of the amount of change and reform that is going on within the sector. There is still an element of uncertainty about how the Legal Aid, Sentencing and Punishment of Offenders Act 2012 will actually impact upon our business but we very much wanted to have the flexibility to be able to take a proactive approach to growth opportunities that we anticipate down the line.”

He confirmed that Horwich Farrelly will be looking to add non-legal claims services, but otherwise would not be drawn on its plans. “Our objective is to diversify and grow the business significantly and the activity that we are currently involved in suggests that what many see as a threat can be turned into an opportunity.”

Mr Hughes said the licence had been awarded nearly 10 months after submitting the stage one application. “Whilst it was a long process, it was relatively pain-free and our experience of dealing with the Solicitors Regulation Authority on a day-to-day basis was a good one.

“We expect that it would have been much quicker had we not gone through an internal restructuring around May when the limited company was created and needed to be authorised. This delayed things by about three months.”