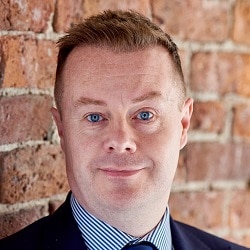 The deal follows swiftly on from Switalskis’ acquisition of Doncaster firm Atherton Godfrey in December.

Pryers made an operating profit of £1.6m on a turnover of £5m in the year to 30 March 2020, and is bringing 70 staff over, although it will continue to operate under its brand from its existing base in York.

It makes Switalskis a £25m turnover business with 12 offices and 450 staff across Yorkshire.

Pure Business Group bought Pryers for £13m in late 2015. Pure, set up by entrepreneur Phil Hodgkinson, is a collection of businesses operating in civil litigation – including another law firm Pure Legal. It employs more than 450 staff in four locations.

Mr Hodgkinson said: “We took the decision at board level over a year ago that we had no wish to be in the personal injury or medical negligence space moving forward.

“All of our other work types and projects  are proving far more successful.

“We received an excellent offer for the business from Switalskis, after turning down a number of other offers, one which represented fair value and an excellent return on our original investment.”

Switalskis managing director John Durkan said the acquisition represented another step forward in its long-term growth strategy: “Over the last 28 years, Switalskis has grown, both organically and via a series of acquisitions, into a highly successful firm with a strong reputation and many practitioners recognised as leaders in their field, regionally and nationally.

“Pryers is a respected team, with a strong brand and reputation in the medical negligence and personal injury sectors.

“They will complement perfectly our established teams and add critical mass to the business, building further on the strategic growth that we achieved when we incorporated Atherton Godfrey into the group.”

However, according to figures put together by accountants Hazlewoods, law firm mergers have fallen to a nine-year low, with a fall of 25% from 143 mergers in 2019 to 107 in 2020.

There has been a general downward trend over the last decade, since 278 deals were done in 2011.

Hazlewoods said much of the recent activity in the profession has been driven by ‘consolidator’ firms, either listed practices or those with private equity backing, but the pandemic and economic fallout has left some of them “wary”.

Hazlewoods partner Patricia Kinahan said: “Many smaller law firm partners are still keen to exit to a consolidator firm if they have no viable alternative options.

“Unfortunately, the economic disruption of the last 12 months has meant most of them have taken a step back from acquisitions until they have greater visibility over earnings.”

“The pipeline of high-quality targets is still there, which means deals should be back on the menu quickly once demand returns.”

She added: “The share prices of some listed firms have already recovered, whilst PE-backed consolidators are still in a position to act quickly as they are likely to still have plenty of capital to deploy.”