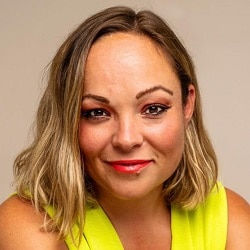 Law firm Shakespeare Martineau has become the first major business to sign up to a ‘Fair Redundancy Pledge’ to be transparent on their redundancy programmes for this year and beyond.

The pledge is the brainchild of solicitor Hannah Strawbridge, founder of employment and HR business Han Law.

The campaign aims to ensure employers declare the splits of their redundancy programmes by age, race, disability and gender to ensure that disadvantaged groups are not disproportionately affected by Covid-related redundancy.

They pledge to reveal the figures alongside gender pay gap reporting.

Sarah Walker-Smith, chief executive of Shakespeare Martineau, said: “As soon as we saw this initiative, I knew we needed to be part of it. I believe that navigating a good course through the upcoming economic uncertainties requires us to have a strong, open and fair working culture.

“We’re happy to back greater transparency in redundancy programmes so that everyone knows where they stand and why.

“There are a lot of economic benefits to retaining a diverse workforce and it’s something that we’re committed to as a business. I’d love to see the whole legal industry come together on this issue.”

Ms Strawbridge said having a firm of Shakespeare Martineau’s calibre on board from the outset was “just amazing”.

She explained: “We set up the campaign as we believe in equality and diversity and that sticking to your values in more challenging economic conditions is what will highlight those that are genuinely committed to the cause.”

She said there has been little or no support from government for these groups so far and the postponement of gender pay reporting in 2020 has effectively been lengthened by Cabinet Office confirming that there would be no sanctions for those who fail to report on gender pay in spring 2021.

“The harsh reality is that a lot of people will lose their jobs in the coming weeks and months. The pledge won’t stop that. However, the burden of those redundancies needs to be shared equally across society.

“Conduct a fair redundancy process and publish your before and after figures so that you can demonstrate that you’ve been even handed.”

Ms Walker-Smith said Shakespeare Martineau had made 17 redundancies over the summer, while redeploying 15 other staff.

“We have no plans to make further redundancies – we just know that increasing transparency is the right thing to do for our people and our business. None of us want to lose anyone at any time. These aren’t statistics; they are people.

“But in the current climate there won’t be many businesses who can avoid restructuring – we owe it to all our people to fight for business survival and to protect as many jobs as possible. But when redundancies are needed, let’s rally as a business community and keep it fair and transparent, and stay mindful of the wider impact we are having.”

Ms Strawbridge worked at a range of different firms over the past 20 years before setting up what recently rebranded as Han Law last year. Based in Halifax, it is not a regulated law firm.

“I’d always felt that I wanted to go on my own,” she said. “The legal industry as a whole stifling creativity on behalf of its staff.” This meant firms were just telling clients what the law was rather than providing proper advice, she argued.

She was also keen to move away from hourly rates and targets to be more transparent.

Ms Strawbridge said the pledge lived up to her vision for Han Law of “inspiring positive change”.

“What I’ve not seen much of in legal industry is greater purpose than just profit. I believe you can be a real entrepreneur and combine it with fairness and making positive change.”

Firms that take this approach would have more clients and make more profit, she argued.