Leading firm overlooks another employment claim made against it 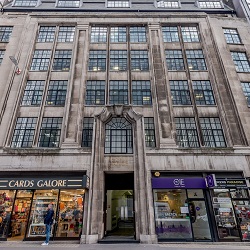 “Systematic and human errors” at leading legal aid firm Duncan Lewis meant it failed to respond to a discrimination and constructive dismissal claim against it for six and a half months, an employment tribunal has concluded.

However, Employment Judge Bartlett said the errors were “accidental” and the law firm should be allowed more time to respond to the claim.

It is the second time this year that Duncan Lewis has overlooked an incoming employment tribunal claim.

The tribunal served it by email on the Harrow office of Duncan Lewis on 22 June 2021, over two months after the law firm had left the office and moved its HQ to the City of London. A further copy was served on the City office in September.

Duncan Lewis management said it did not discover the emails until 31 January 2022. It called the tribunal immediately, submitting an application for an extension of time the following day.

Judge Bartlett said the law firm’s evidence disclosed that “its procedures were not set up to prevent errors like those in this case arising”.

David Head, a director of civil litigation and member of the law firm’s management team, “made human errors by not reading the emails sent to him which were compounded by the procedure of the employment tribunal documents only being sent to Mr Head.”

The judge said she did not consider that the errors were “procedural abuse or intentional default” and Mr Head was under an “onerous burden” because tribunal documents were not sent to a board member as well as him.

Mr Head also failed to find the emails when he searched his inbox around November 2021, when he discovered that the firm had not responded to an ET1 in a different case.

The judge went on: “Given their very large number of emails that many professionals receive in the course of their working day, I consider that it is understandable that Mr Head did not read the email or emails in question.”

Earlier this year, a separate tribunal ordered Duncan Lewis to pay a former director £6,500 in costs after failing to respond to letters from the tribunal led to a default judgment being entered. He is suing for unfair dismissal and disability discrimination. The judgment was set aside.

Counsel for Mrs Goodarzidavan argued that the law firm’s systems were “woefully inadequate” and although this was not a case of intentional default or procedural abuse, it was “beyond understandable oversight”.

Duncan Lewis admitted that the delay of 6.5 months in responding to the claim was the result of “both procedural errors and human errors”, but argued that it had “good prospects” of defending it.

Judge Bartlett described the delay as “very substantial”, but the errors were accidental and “understandable in all the circumstances”.

She granted the law firm’s application for an extension of time.