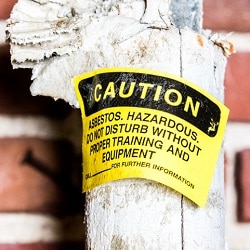 The High Court has ordered Cardiff-based Hugh James to pay six-figure damages to the family of an asbestos victim for professional negligence in abandoning their personal injury claim.

She said that, by the end of the trial last month, Hugh James had admitted breach of duty, and that the expert would otherwise have produced a favourable report, but denied the claimants lost “anything of real value”.

Yip J said that “regrettably” she had reservations about the reliability of Mr Ellis, head of the firm’s asbestos team at the time, as a witness.

“Mr Ellis departed quite significantly from his written evidence and his final position was not consistent with the defendant’s pleaded case.

“This was surprising. As a solicitor, he can hardly claim not to have understood the importance of attesting to the accuracy of the defence, which he signed, and his witness statement.”

Yip J said a “particularly troubling” aspect of Mr Ellis’s evidence was a letter sent to litigation insurers in January 2013, which was “consistent with the claimant’s case that the reason for not proceeding with the claim was the unfavourable medical evidence”.

Mr Ellis said in evidence that he did not accept this approach, but after she warned him about the “serious implications” of misrepresenting the position when making an insurance claim, “immediately withdrew the suggestion”.

Yip J went on: “By the conclusion of his evidence, Mr Ellis had admitted that he probably did not send the relevant evidence to Dr Williamson and that it was an error on his part not to identify when reviewing the report that Dr Williamson had not mentioned the post-mortem findings.

“He accepted that it was his decision that the claim could not proceed any further unless the family were willing to pay for an engineer’s report. Further, he conceded that had a positive medical report been obtained, the claim would not have ended at that stage.

“Instead, he would have sent the report to the potential defendants’ representatives, pointing out that it confirmed that the deceased had died of asbestos-related cancer.”

The High Court heard in Hanbury and another v Hugh James Solicitors [2019] EWHC 1074 (QB) that Mr Hanbury’s widow and estate brought the professional negligence claim after Mr Hanbury, who worked as an insulation ‘lagger’, died in 2010.

Mineral fibre analysis was carried out on lung tissue taken from Mr Hanbury after his death and an inquest concluded he died from industrial disease.

The family instructed Hugh James to bring a claim on a conditional fee basis, and provided the firm with the post-mortem report and mineral fibre analysis.

Yip J said Dr Williamson had apparently seen the GP and hospital records but “not the post-mortem report and mineral fibre analysis”.

Mr Ellis told the family in October 2012 that the expert’s report was “not supportive of the claim”, which was abandoned the following month.

The claimant argued that Mr Ellis was negligent in failing to send Dr Williamson the post-mortem report and mineral fibre analysis.

Yip J said it was “highly unlikely” the case would have gone to trial, since the “vast majority” of industrial disease cases settled, and it was “highly likely” it would also have settled.

The judge said she was “entirely satisfied” that the claimants had lost something of “real and substantial value” through the law firm’s negligence.

Having valued the claim at £217,000, she discounted it by 20% for contributory negligence to reflect that Mr Hanbury had been a “relatively modest” smoker for most of his adult life, and by a further 25% for the ‘apportionment risk’ of splitting the compensation award between multiple insurers, and a further 20% to cover the risk that the case may not, in fact, have settled.