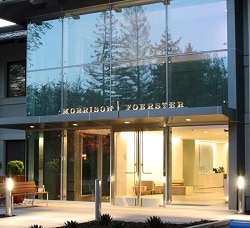 MoFo: Confident firm will be vindicated

US-based international law firm Morrison & Foerster (MoFo) is facing a $100m (£73m) class action over claims that it discriminates against female staff when they return to work after childbirth.

They said discriminatory policies and practices were created and implemented by MoFo’s predominantly-male leadership. MoFo has strongly denied the claim.

David Sandford, chairman of US firm Sanford Heisler Sharp, which is acting for the women, said: “MoFo promotes itself as a progressive firm that champions the advancement of women, but that seems to be far from the truth.

“When its female attorneys become pregnant, give birth, and take maternity leave, they are routinely denied opportunities for promotion and higher pay. When they return to work, MoFo routinely holds them back. At MoFo, motherhood is a career-breaker.”

“MoFo’s standard operating procedure of delaying the advancement of women who have taken pregnancy leave holds women back and promotes damaging stereotypes of women in the legal profession.”

All three claimants took maternity leave but claim that, on their return to work, MoFo held them back from promotion but still raised their hourly billing rates as if they had been promoted.

One of the unnamed women said a supervising partner told her she would have to “work really hard to prove [she was] committed and to get the best, most interesting work”, because he presumed she was no longer committed to her job given her new status as a mother.

US lawyers working in MoFo’s overseas offices, including London, will be able to join the action, but there is no action planned for the English courts.

A MoFo spokeswoman said: “Morrison & Foerster has a long and proven track record of supporting and advancing our associates as they return from maternity leave. We vigorously dispute this claim and are confident that the firm will be vindicated.”