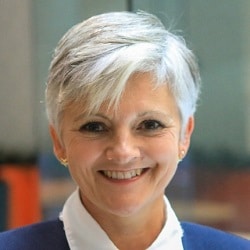 Clegg: Women partners tend to move as part of teams

A national law firm is considering the use of a ‘blind’ work allocation scheme to ensure that the decisions it makes about how to distribute work are free from bias on the grounds of factors such as gender.

Virginia Clegg, senior partner of DAC Beachcroft, said it was in discussions with work data specialists Pirical to find out who was handling the “big cases” and whether there were any issues with allocation.

Ms Clegg said the aim was to ensure decisions on how work is allocated to teams of lawyers depended on factors such as their capacity to do it, rather than decisions made at a “personal level”.

She said the approach taken by Piracal was based very much on technology.

On its website, Piracal says it provides legal and professional services firms with “evidence and tools to reduce bias, to work more efficiently and to pursue new growth opportunities”.

Ms Clegg was speaking at a Thomson Reuters webinar on advancing equality for women at the Bar, where work allocation has been identified as a significant issue.

A poll of audience members at the webinar, part of the Transforming Women’s Leadership in the Law series, revealed that 55%  thought the impact of Covid-19 on gender equality across the legal sector had been negative – in line with research by the Next 100 Years project.

Ms Clegg said that she was “disappointed but not surprised that people feel it has been a very difficult time”.

The senior partner said 11 of the firm’s latest 22 lateral hires were female, but she had noticed that “the majority of women moved as teams”.

Sara Masters QC, based at Twenty Essex, told the event that one of the greatest strengths of the Bar was its flexibility, but this could be negative too.

It meant commercial law barristers like her could “work away from chambers as much as possible” and go to their children’s Nativity plays.

However, clients now wanted their barristers to be available for more of the time, which could cause difficulties when they had children, and it was hard for families to make plans “if you’ve got a long court case”.

She said it was crucial for barristers taking parental leave to keep in touch and for clerks to promote them for new work when they returned. “It’s easy to feel forgotten, even if you’re not.”

Annabel Thomas, partner at Mishcon be Reya, said the firm provided career coaches and mentoring for those returning to work. She said the emails chambers sent out telling law firms about barristers returning to chambers were “really valuable”.

Ms Thomas said Mishcons had written to the chambers the firm used to encourage them to make sure that the barristers they put forward for work or speaking opportunities were from diverse backgrounds.

Patrizia Masselli, director of litigation, investigation and enforcement at Barclays, said the firm held networking events with solicitors and barristers so they could meet “new people”.

Ms Masselli added that she wanted to avoid a situation where it got to Friday evening and she “called the usual suspects because I’ve already worked with them.”