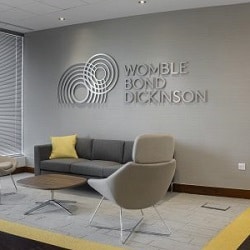 A well-known law firm acted for a client without receiving signed authority from him, having relied on his aunt to provide identification documents, it has emerged.

Womble Bond Dickinson (WBD) acted for the aunt, Louise Reeves, in a dispute that, as we reported on Tuesday, saw Mr Justice Michael Green find that she and Daniel Curnock – the solicitor who drafted her father’s disputed will – had not told the truth to the court.

As part of his assessment of Ms Reeves, the judge also mentioned how she and her nephew Ryan –who has severe learning difficulties, dyslexia and type 1 diabetes – were tenants of a plot of land owned by another of her brothers, Bill.

Green J recorded that, in April 2019, a dispute arose in relation to the lease and Ms Reeves wanted to instruct WBD to act for her and Ryan, and write to Bill concerning alleged trespasses and the right to collect rent from subtenants.

To do so, she needed to provide identification documents for both of them. “It was Ryan’s case that the claimant tricked him into providing his passport and driving licence and that he never wanted to be party to instructing WBD,” the judge said.

“WBD accepted the copies of the identification documents in relation to Ryan provided by the claimant and then wrote a letter dated 4 June 2019 on their joint behalf to Bill.”

However, in August 2019, Ryan and his mother complained to WBD that he had not authorised them to act on his behalf and that Ms Reeves had not properly explained what she was proposing to do.

They also took their case to the Legal Ombudsman, which last year upheld their complaint. It found that WBD’s failure to get a signed authority from Ryan meant that they did not have authority to act on his behalf.

“The claimant insisted that she had explained what she was doing to Ryan and that there were text messages between them to prove that,” the judge said.

“However, those text messages were before the Legal Ombudsman and they still concluded that WBD had acted wrongly without Ryan’s knowledge or authority.

“This shows the claimant’s willingness to act in her own interests, taking advantage of Ryan’s difficulties and pretending to her own solicitors in this action that she had proper authority from Ryan to include him in their instructions.”

WBD had no comment when contacted by Legal Futures.