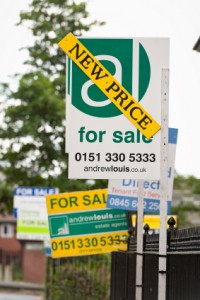 Countrywide Conveyancing Services – an alternative business structure (ABS) that is one of the country’s largest conveyancing outfits – has issued a statement of its intent to grow by buying another leading property law firm.

It has bought the Bridgend office of licensed conveyancers Runnett & Co, a top-10 conveyancer itself which has had something of a turbulent history of late.

Runnett & Co was bought by AIM-listed In-Deed Online in 2012 and become an ABS before being sold back to its founder last year as In-Deed became the first ABS casualty. Both are ABSs regulated by the Council for Licensed Conveyancers.

All 35 employees from Bridgend will transfer to Countrywide Conveyancing Services. Runnett also has a small London operation under the brand Lewis & Thomas.

Alyn North, group professional services director at Countrywide plc, said: “As one of the largest UK transactional conveyancing businesses, this is a significant strategic acquisition for Countrywide Conveyancing Services and one which will give us added momentum to capitalise on the recovering housing market…

“We are serious about growing both organically and through acquisition to expand the business, allowing us meet increasing demand while giving us significant scale and reach in the South Wales employment market.

“Due to increasing demand for our services, we have recruited a significant number of people to our Cardiff office and at the end of 2013 launched our trainee property lawyer programme. A further intake of trainee lawyers will take place over the coming months, recruiting into our Manchester, Cardiff and now Bridgend offices.”

Last week, Countrywide plc announced that it had reached agreement to increase the amount of its current finance facilities from £100m to £150m so as to finance “the general corporate purposes of the Countrywide group, including the funding of potential acquisitions”.