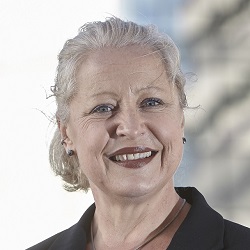 A leading legal academic has been appointed to lead the independent review into the difficulties experienced by students who sought to sit the centralised Bar professional training course this summer.

Professor Becky Huxley-Binns is the Pro-Vice-Chancellor (Education) at Hull University, having previously been Vice-Provost, Academic Enhancement, at the University of Law.

She will be assisted by Dr Sarabajaya Kumar, who is an interdisciplinary social science academic, an equalities consultant and a disability activist.

The Bar Standards Board (BSB) said the review would be undertaken independently of the regulator, and report to its governance, risk and audit committee, which is composed of independent non-executive directors.

The exams were postponed from April to August due to Covid-19 and then mainly run remotely, although those who needed to were able to take them at test centres.

But, as we reported extensively, booking difficulties, technology and other problems meant that only three-quarters of the exams were successfully completed amid uproar from students and barristers alike. The results from those exams were broadly in line with previous years.

The terms of reference cover the BSB’s decision making, communications strategy and relationship with Pearson VUE, which provided the exams.

Specific issues will include how requests for reasonable adjustments were handled and not allowing those taking their exams remotely to have toilet breaks.

Professor Huxley-Binns will offer an open invitation to make representations and hold a series of meetings to capture views on the exams.

BSB director-general Mark Neale said: “The final figures confirm that a majority of students were able to sit these exams but I can only repeat how sorry we are that so many students were unable to complete them.

“Clearly there are lessons to be learned by the Bar Standards Board and I am delighted that Professor Huxley-Binns will conduct this review for us.”

In its response on Twitter, the group Students Against the BSB Exams Regulations (SABER) welcomed Professor Huxley-Binns’ appointment, but said the terms of reference should also include the substance of the exams themselves – there have been criticisms over errors and defective questions – and also make explicit reference about the impact on international students.

The BSB responded that it did not intend to amend the terms of reference, but said the professor has discretion to look at “closely related issues” outside of them should she want to.