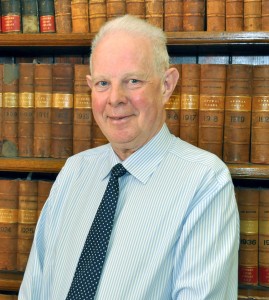 Lawyers who mislead the court will end up with “exemplary and deterrent” punishments, the Lord Chief Justice has warned.

Lord Thomas was speaking after Alastair Brett, former legal manager at Times Newspapers, had limited success in appealing a decision against him by the Solicitors Disciplinary Tribunal (SDT).

Lord Thomas said misleading the court was “regarded by the court and must be regarded by any disciplinary tribunal as one of the most serious offences that an advocate or litigator can commit.”

He went on: “It is not simply a breach of a rule of a game, but a fundamental affront to a rule designed to safeguard the fairness and justice of proceedings. Such conduct will normally attract an exemplary and deterrent sentence.”

The SDT held at the end of last year that Mr Brett had ‘knowingly’ allowed the court to be misled, a breach of rule 11.01 of the Code of Conduct, over the identification of the author of the ‘Nightjack’ blog, a then anonymous account of life as a police officer. He was also found to have breached rule 1 by failing to act with integrity.

Mr Brett was suspended from practice as a solicitor for six months, which have now elapsed, and ordered to pay £30,000 costs.

The journalist involved had informed Mr Brett that he had unlawfully hacked the police officer’s email account to uncover his identity, and the solicitor had then instructed him to try and identify the officer through information in the public domain as a way to fight off an application for an injunction to stop The Times running the story.

But he was accused of allowing the journalist to put in a misleading witness statement and then allowing the court to proceed on the basis of what the statement said. The injunction was refused.

The Lord Chief Justice and Mr Justice Wilkie, sitting in Brett v the Solicitors Regulation Authority [2014] EWHC 2974 (Admin), substituted the finding that Mr Brett had ‘knowingly’ misled the court with one that he had done this ‘recklessly’, but left the rest of the decision, and the costs order unchanged. Delivering the leading judgment, Mr Justice Wilkie said he was in “no doubt that the court was misled”.

Though the information in Mr Brett’s possession was privileged, there were a number of ways to remove the risk of misleading the court without breaking that privilege, he said.

Lord Thomas said that there were times in any lawyer’s career when he “may not be absolutely sure that his actions will discharge his duty to the court”.

He said that in such a case the lawyer “would be ill-advised if he did not put the matters before a person more senior within his firm or before independent counsel, making full and complete disclosure to such a person of all the relevant circumstances”.

“Indeed, the reputation of the system of the administration of justice in England and Wales and the standing of the profession depends particularly upon the discharge of the duties owed to the court.”