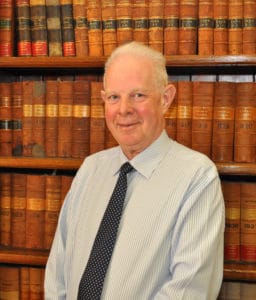 The Lord Chief Justice (LCJ) has revived Lord Bingham’s call for criminal law to be codified in a single document.

Among the arguments put forward by Lord Thomas were there were fewer criminal law specialists as expertise was “increasingly diverted elsewhere”.

Lord Thomas said the law was currently contained in a “maze of innumerable, to some, but of course not those who are at that court, impenetrable, statutes and common law developments over the centuries, which it is difficult to defend as entirely rational”.

He described criminal law as “long overdue for clarification and simplification”.

He went on: “We ought to be able to look to a single document that sets out the nature of criminal conduct, in other words, a modern code.”

The LCJ said he was not proposing that each individual member of society should be their own lawyer, but that the “rule of law and the law itself should be set out with clarity and certainty so that it can be reasonably and readily well known in advance”.

Speaking at the annual dinner for judges at Mansion House, he said there were a number of reasons why the codification “project” should be looked at during what he acknowledged many might say was a “difficult time”.

The LCJ described the move as a “necessary part of the overall reform to our legal system and an integral part of upholding the rule of law” and argued that it was much better to improve aspects of the law on security “as part of a coherent whole”.

He said the difficulties of change through the common law had “all too recently been made all too apparent” and a code would be an “excellent centrepiece” for the Law Commission’s next reform programme.

The LCJ described increasing specialisation at the Bar and amongst solicitor-advocates as an “increasing concern for me”, and said the days of the mixed practice were “on the way out”.

Lord Thomas said the calls of Lord Bingham should be heeded for the criminal law to be set out in a single, “clear, authoritative, comprehensive, accessible, modern, written statement”.

He added that judges would assist ensuring that codification was drafted in “as clear and as concise way as possible”, even if that meant putting to one side part of the way in which current parliamentary draftsmen approached matters.