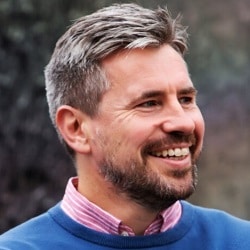 Lawyers are set to work alongside recruitment consultants in a platform for self-employed professionals taking shape in the West Country.

James Howell, solicitor and co-founder of netiro, said there were “lots of opportunities” for lawyers to work closely with businesses being advised by recruitment consultants.

Mr Howell said lawyers were often “on the receiving end” of referrals. Self-employed solicitors at some firms might do a single piece of work for a client and then find themselves “out of the picture” with “no prospect” of further referrals.

He said netiro aimed to create an “internal marketplace” where they could benefit from the “long-term relationships” which executive search professionals had with their clients.

After lawyers and recruitment consultants, the next group of professionals invited to join netiro would be HR consultants.

He said 15 conversations were ongoing with solicitors and search professionals but, because of notice periods, it would take two to three months before any lawyers joined.

“There has been a real interest in this and appetite for it, especially from solicitors.”

Mr Howell said solicitors would be offered lower commissions on their fees by netiro than at consultant-led law firms. He said the aim was to recruit six or seven lawyers by the end of this year.

“We know there is an appetite for this type of business model. There is no fee to buy into it, as some firms have.”

Mr Howell said self-employed solicitors and other professionals would be referred to as ‘partners’ at netiro. Geographically netiro wanted to have partners all over the country, but it would begin by targeting the M4 corridor.

He said that he and his co-founder Tim Gear-Evans, a recruitment consultant, developed the idea in the autumn, when they were thinking about what the future might look like after the pandemic.

The initial idea was to build a platform for executive search professionals, because there was nothing similar in that sector, and it was decided to branch out to lawyers and other professionals.

“People are more inclined now to be self-employed now, and are more preoccupied with their work/life balance,” Mr Howell.