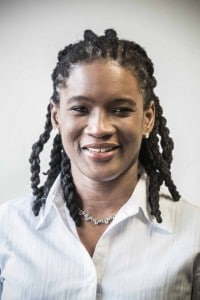 Goddard: honest feedback can be encouraged with safeguards

Lawyers are increasingly using threats of libel action to intimidate clients into taking down negative reviews from comparison websites, it was claimed yesterday.

Dr Michelle Goddard, a member of the Legal Services Consumer Panel and a non-practising barrister, said a range of steps were needed to address the problem, including guidance from regulators.

Dr Goddard – who is director of policy and standards at the Market Research Society – described comparison websites as “a useful choice tool” for consumers and that allowing reviews is helpful, especially if websites ensure a fair feedback process.

In a blog on the consumer panel’s website, she said: “Ultimately the system needs to allow consumers to fairly share both their positive and negative experiences, but I’m concerned that the legal techniques that some lawyers now seem to be using, by increasingly threatening legal action for defamation in response to negative reviews, are likely to muffle the already muted consumer voice.”

Under the Defamation Act 2013, claimants have to show they have suffered or are likely to suffer serious harm due to a defamatory statement. There is a new process of direct dispute resolution with the person who posted the statement, aimed at those who believe they have been defamed online.

She wrote: “As lawyers use the threat of defamation actions to ensure that negative online feedback is removed, the power imbalance inherent in the consumer/lawyer relationship, makes the effect of this threat even more pronounced than in other markets.

“The threshold of serious harm required in the Act means that many of the claims by lawyers are likely to be intimidatory tactics designed primarily to scare consumers into taking their reviews down. In reality the claims would not reach the threshold, but as the threat comes from a lawyer the consumer simply removes or never posts the feedback.”

Dr Goddard said it was “unfortunate and somewhat ironic” that an Act that was aimed at helping freedom of expression was being used to the opposite effect.

“The odds are already stacked against consumers complaining about or providing feedback to their lawyers. Our research shows not only that consumers are reluctant to complain about their lawyer – our 2014 Tracker Survey shows 44% of dissatisfied consumers do nothing – but also that they are intimidated by lawyers, reluctant to complain, uncertain about challenging a lawyer and often try to take a ‘softer’ approach first.

“Experience in other markets such as Trip Advisor reveals that consumers post negative reviews more infrequently with the majority normally overwhelmingly positive, an experience reflected in legal services.”

She called on lawyers to recognise the value of consumer feedback, and for comparison websites to “confidently push back against unreasonable and unfounded threats from lawyers”.

“Honest feedback can be encouraged with safeguards that ensure only users of the service can leave comments and that providers can always publish rebuttals. Websites can also consistently indicate where feedback has been retracted by users, which may demonstrate to consumers which lawyers are more likely to use these threats, allowing them to make own decision on whether that is the type of lawyer they would like to use.

“Finally, regulators can start to address poor practices, developing guidance on how lawyers should (or more to the point should not) be using the Defamation Act, highlighting the need for complaints, including ‘softer’ style complaints on customer service issues, to be dealt with at the first tier by the lawyer or law firm.”