Lawyers the only winners in “nihilistic” divorce dispute, says judge 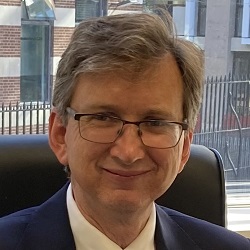 The lawyers are the only beneficiaries of a “nihilistic” divorce dispute that has cost £2.3m in legal fees, with the couple’s children the main losers, a High Court judge has ruled.

In a highly critical judgment, Mr Justice Peel blamed the solicitors on both sides for “the unseemly correspondence” in the case.

He said 34 courts hearings had gone into resolving Paul and Caroline Crowther’s divorce, with both the parties and their lawyers adopting “a bitterly fought adversarial approach”.

“The parties have argued before me about almost every imaginable issue, no matter how trivial,” he said in the final decision on financial remedy. “Unsurprisingly, the legal costs are enormous.”

With the couple’s net assets only £1.76m, the total costs of £2.3m were “utterly disproportionate”, he went on.

“My task is far more difficult than it should be precisely because the visible assets are now so limited. In the end, I have largely had to concentrate on how to divide the debts fairly.”

Peel J highlighted the lack of cooperation between the two sides: “The mercifully limited exposure I have had to the inter-solicitor correspondence was sufficient for me to see that there appears to have been an almost complete breakdown of constructive communication.

“At the trial itself, there were over thirty issues on the composite asset schedule presented to me, some of trifling amounts; by the end of the trial, only minimal attempts had been made to resolve the many smaller items, despite encouragement from me to do so.”

The judge said he had asked himself several times whether the aggression had achieved anything.

“It seems to me that it has led to vast costs and reduced scope for settlement. The toll on each party is incalculable (W was visibly distressed during the hearing) and, from what I have heard, the impact on the children has been highly detrimental.”

Peel J’s final order saw most of the money at stake awarded to Mrs Crowther and, while she was “not entirely free of blame in her conduct of the litigation”, he was critical of Mr Crowther’s “obstructive” conduct.

He concluded with a ‘last word’: “The only beneficiaries of this nihilistic litigation have been the specialist and high-quality lawyers.

“The main losers are probably the children who, quite apart from the emotional pain of seeing their parents involved in such bitter proceedings, will be deprived of monies which I am sure their parents would otherwise have wanted them to benefit from in due course.”