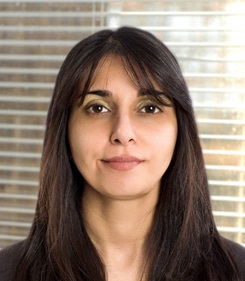 A solicitor and barrister who act for an anti-asbestos campaign are in a legal battle over what confidential and privileged information was passed on by a supposed TV documentary maker who was actually placed in the campaign to spy on its activities.

Harminder Bains, a partner at Leigh Day, and a barrister known only in court documents as VNP, are claimants along with a representative of the campaign, Laurie Kazan-Allen, in a case brought against Robert Moore, K2 Intelligence (formerly Kroll Associates) and its London managing director, Matteo Bigazzi.

The claimants have been campaigning to ban white (chrysotile) asbestos, and obtain compensation for victims of asbestos-related disease.

According to a ruling in December by Mrs Justice Laing, the scheme was called ‘Project Spring’, and Mr Moore was said to have used his status as a journalist as cover, acting on the pretext that he was interested in making a documentary about the dangers of asbestos and even setting up an anti-asbestos charity called Stop Asbestos.

In a witness statement last October, Mr Moore admitted working for K2, and identified Mr Bigazzi as his project director. He said he received over £330,000 in fees from K2 over a four-year period until September 2016, and he was also reimbursed over £130,000 in expenses.

He also accepted £3,000 from Ms Bains in relation to his work at Stop Asbestos, and £6,500 from Ms Kazan-Allen to pay some of his expenses, as he said he had no source of income while he was setting up the charity. This money has since been repaid.

His cover was blown as a result of a tip-off in September 2016.

Laing J ordered K2 and Mr Bigazzi to reveal the name of their client to the claimants, but not to the wider public.

“I pause there to say I have been shown some of the emails which indicate the extent to which [Mr Moore] and [K2] were engaging in a sophisticated and conscious process of manipulating particularly, I think, [Ms Kazan-Allen], in order to enable [Mr Moore] to insinuate himself into her confidence, so that he in turn could get confidential information from her; and I would be amazed if the client was not aware of that strategy.

“So it seems to me pretty clear, on the limited information I have, that the client must have been involved in wrongdoing and that is an inference I am prepared to draw on the material I have seen.”

In a subsequent ruling this month on the delivery up of certain documents, Sir Michael Tugendhat, sitting as a deputy judge of the High Court, described the primary purpose of the litigation as recovering as much as possible of the confidential information which was supplied by the defendants to the asbestos industry.

They also want “to find out precisely to whom that information was supplied so that they can properly gauge the nature of the potential misuse of it and take appropriate steps to protect or regain autonomy in respect of it”.

In addition, they seek permanent injunctions prohibiting any further use of the information, damages and costs.

He noted, however, that the question of to whom any duty of confidence in respect of the information was owed has not been decided.

In December, K2 argued that the amount of information passed on to the client was tiny, and that the purpose of its investigation was not to publish the information but to better understand the workings of the anti-asbestos campaign. K2 and Mr Bigazzi have submitted to an interim injunction.

In a statement recently to The Sunday Times, K2 said: “We do not publicly discuss client matters but will vigorously defend ourselves from the allegations in the appropriate forum.”