Lawyers strike back? EU proposals could allow them to complain about clients 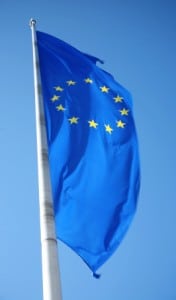 The government has been urged to oppose European proposals that could allow lawyers to make complaints about their clients.

The Legal Services Consumer Panel has otherwise welcomed the EU proposals on alternative dispute resolution (ADR) for consumer disputes, which could lead to currently unregulated legal services providers being subject to the jurisdiction of the Legal Ombudsman (LeO).

They could also reduce the need to revise the list of reserved legal activities.

The draft EU directive proposes that there should be an ADR scheme available for any contractual disputes between consumers and traders arising from the sale of goods or provision of services. It envisages that member states will extend the jurisdiction of existing ADR schemes were possible.

It explained: “There is no precedent for this in the UK and we cannot see any rationale for the proposal. The research evidence sho

ws that people feel intimidated by lawyers and lack confidence to complain.

“This situation would be made worse if consumers faced the prospect of their lawyer or, indeed, a lawyer representing another party in their case, filing a complaint about them. The proposal is a recipe for counter-claiming. We urge BIS to strongly resist this proposal.”

That aside, the panel strongly backed the draft directive, saying that it would “fill gaps in redress provision” caused by unregulated businesses providing unreserved legal services and so being outside LeO’s scheme.

“Currently, the only tool available to extend regulation, and thus secure mandatory access to the Legal Ombudsman for consumers, is to reserve more legal activities to the legal profession. However, reservation is a blunt tool which can unnecessarily restrict competition and thereby limit consumer choice.

“The draft directive could help to resolve the situation as consumers would have a remedy should things go wrong but additional entry or other requirements on businesses would not need to be imposed unless otherwise this was justified.

“In short, if all consumers had access to the Legal Ombudsman, this would reduce calls to regulate firms more comprehensively.”

However, the panel said this would only work if the government made participation by traders in ADR schemes mandatory – the directive does not require this but national rules can.

LeO has already floated the idea of activating statutory powers to take over will-writers.