Lawyers “spend too much time socialising with other lawyers” 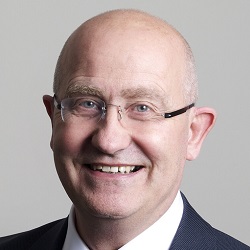 Kirby: Out of chambers, I avoid spending time with lawyers

Lawyers could improve their mental health by spending less time away from the workplace socialising with other lawyers, a leading QC has said.

PJ Kirby QC also said it was not policies that counted, but what managers actually did, such as encouraging more junior members of chambers to be involved in leadership.

The silk, joint head of Gatehouse Chambers, was speaking at a webinar last week launching LawCare’s Life in the Law survey, which highlighted significant problems with mental health, bullying and harassment in the profession.

“Personally, I think too many lawyers spend too much time out of the workplace with other lawyers,” Mr Kirby said.

“I don’t want you to think I’m unfriendly, but when I’m out of chambers, I avoid spending time with lawyers.”

Mr Kirby said that, when he was serving coffee in his local church, nobody knew or cared that he was a QC – he was just part of that community.

“I’m mixing with people who won’t be adding to the stress of being a barrister.”

Mr Kirby said barristers had “additional problems” in terms of stress compared to other lawyers “which had to be recognised”.

He went on: “It would be very difficult to say you can have a predictable workload, but you don’t have to do every case.

“You can say to your practice managers that you don’t have time to do the next case without breaking the cab-rank rule.”

Mr Kirby said chambers management should be done “as much by the young ones as the old dinosaurs”. He added: “Don’t let the old dinosaurs bring with them their memories of what things were like during the Jurassic period.”

Sam Jardine, partner at City law firm Fieldfisher, said it was “clear that law firms were not getting it right” if solicitors were telling the survey they did not feel psychologically safe at work.

“The challenge for everyone in leadership positions is to pause, put away our devices for an hour or two, and think. The best ideas come when our minds are at rest.

“Most lawyers by their nature are incredibly gifted at problem solving. If we put our minds to it, there is no reason why we cannot start to solve this one.”

Dr Emma Jones, senior lecturer in law at Sheffield University and one of the report’s authors, said many of the participants in the survey did “amazingly healthy things” and “understood about self-care”.

She said “99% of the issues” relating to mental health were structural and cultural, and not about “individual lawyers and their personalities”.

Dr Jones cited as an example of a structural factor the fact it was “incredibly competitive” to get into the law, with so many more applications than places.

“It is understandable that this can foster a sense that you need to look out for yourself. You can see this from students, even those in their first year.

“They’re passionate about the law and want to succeed in the legal profession. Because of its structure, this is the way they have to be.”

As an example of a cultural factor she mentioned the idea that lawyers have to work long hours, be on demand 24/7 and meet “all of their clients expectations”.