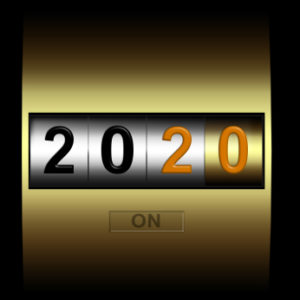 Regulated lawyers should be viewed in the future as “a small part of an increasingly diverse ecosystem”, the Legal Services Consumer Panel has said.

In a wide-ranging report on legal services in 2020, launched at today’s Legal Futures Annual Conference, the panel said a core challenge ahead would be to extend access to justice to those currently excluded from the market because they cannot afford legal services.

This meant that instead of lawyers, the future would see “greater self-lawyering”. This would be combined with greater use of online and unregulated services, and other regulated providers, such as accountants and banks.

“Calls will grow for more radical solutions that cut lawyers out, such as an inquisitorial style of justice and online dispute resolution, which are better suited to the new funding realities,” the panel predicted.

“The consumer interest will lie in resolving the tension between cost and quality, and determining when a lawyer is needed and when alternatives can safely suffice.”

The panel argued in 2020 legal services: how regulators should prepare for the future that the Legal Services Board (LSB) should, in its next three-year strategy, push for “simplification of legal processes” to enable consumers to “complete common legal tasks without the need to engage a lawyer” or with minimal supervision.

It called on the LSB – which commissioned the report to inform its strategy – to ensure that regulation supported “innovative developments like unbundling” and was capable of managing the “different risks” involved.

It further advised the super-regulator to contribute “thought leadership on the regulatory implications of developments such as the rise in litigants in person and online dispute resolution”, while maximising the evidence base needed to monitor the performance of legal service providers.

Technology, the panel said, had the “potential to greatly enhance access to justice”, but should not be viewed as a “panacea”, because those currently excluded from the legal services were “the least likely” to be online.

The panel repeated previous calls for the “collection and opening up of data” about the performance of lawyers by regulators. “Should the right performance data that could unleash consumer power be unlocked, new third party intermediary services could emerge to guide and manage choice.”

“The law will increasingly become a more business-like environment. This should deliver benefits to consumers and widen access, but it may also bring more sophisticated marketing and commercial practices seen in other markets that have caused consumer detriment. Regulators must acquire new skills and tools to deal with these new risks.” Part of this would be raising standards and ensuring access to redress in relation to unregulated providers.

The consumer panel concluded that overall, it was “optimistic about the future”, with its promise of “innovative and cheaper services, wider access and more empowered consumers”.

However, it warned that vulnerable consumers could be left behind and inequalities widen, “due to an over-reliance on technology or people having no option but to handle their legal matter alone”.

The report predicted that the regulatory framework would, by 2020, “come under even greater strain than it is today”, and the LSB should continue to press for “major legislative reform”.

It added: “While legislative reform is not feasible within the lifetime of the LSB’s next three-year strategy, it should be possible to set down quite precisely the change that is needed, seek to build consensus around this vision and secure political commitment on implementation.”