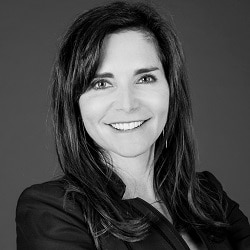 Showing that clients reward an innovation approach is the way to achieve buy-in from lawyers sceptical of the need for change, the author of a major book on innovation has told Legal Futures.

Her comments came as research on the biggest global legal brands highlighted the increasing importance on brand strength of being recognised for innovation by clients.

Legal Upheaval by Professor Michele DeStefano has been called “the most important contribution so far to our understanding of innovation in law” by legal futurologist Professor Richard Susskind.

Professor DeStefano, a law professor at the University of Miami and the founder of international innovation project Law Without Walls, interviewed 100 general counsel of large international corporations, managing partners and heads of innovation.

Speaking to Legal Futures, she said: “The number one thing that works is to get the client to ask for innovation.

“And it’s not that hard to get it. If you go to a client and explore their pain points and ask them to record it on video, they actually talk. Played to the law firm’s lawyers, that hits home.”

She explained that innovation was about culture change within law firms and the lawyers’ mindset.

“The way innovators approach problems is they spend a lot of time understanding the consumer’s point of view… before they jump to solutions. They do that so they can associate things that might otherwise not be associated.

The academic gave an example of where a team of lawyers from different firms had failed to rise to the challenge of coming up with a joint summary of changes in the law, set by the general counsel of a bank.

“Each firm knew what they were doing but the general counsel wanted it all in one piece because he was so sick of getting all these different updates from different firms.”

The result, the client told Professor DeStefano, was “absolutely horrendous”.

Disputes arose because the firms “thought about ownership and who would get credit, and it took them so long to put together this thing because they all wanted to get their logo at the top, and they thought about who would be emailing it from which account”.

She added: “There’s a lot of noise about what clients really want when they say innovation, but I don’t think they’re asking for the big bang.

Professor DeStefano said that while the top firms would always be chosen for certain company matters, large practices would “be forced to work with some of the other firms more often than they are now”.

She continued: “I think some of the alternative service providers that are given short shrift now… As they [increasingly] get outside investment from more serious capital investors and/or big legal players, I think that will bring them to the table more.”

The global elite law firm brand index 2018 found that recognition for being innovative, was a key factor influencing those with the strongest brands, along with “credible coverage in key markets, an authentic industry focus and a strong consideration for multi-jurisdictional M&A”.

Baker & McKenzie was clear at the top of the index, followed by Clifford Chance, DLA Piper, Norton Rose Fulbright and Linklaters.

It was compiled by legal research business Acritas and based on 1,600 interviews with respondents in $1bn+ revenue organisations across the world,

Lisa Hart Shepherd, CEO of Acritas, said: “It’s not just brand that innovation impacts. Our data shows clients who recognize a firm as innovative, on average, award double the Net Promoter Score and take a two-thirds higher share of spend.”