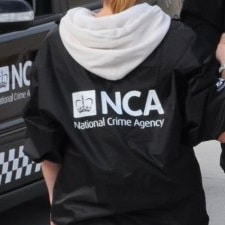 Lawyers compelled by the Civil Procedure Rules or court order to reveal the content or existence of suspicious activity reports (SARs) must contact the National Crime Agency (NCA) at the “first opportunity”, the Home Office has said.

The Home Office said SARs contained “potentially sensitive material” and, in both civil and criminal proceedings, subject to “balancing public interest factors”, they should not be disclosed.

When submitting SARs, professionals had “an assurance of confidentiality” and “revealing their own involvement, or that of others, especially where their suspicions were accurate” and before there was a police investigation in place could put themselves or their staff “at serious risk of harm”.

It could also make them more reluctant to report in the future.

The Home Office said it was “feasible” that SARs could refer to or identify individuals not linked to crime.

“The SARs regime is designed and managed in such a way as to protect innocent third parties, as there could be very serious consequences for an innocent party who is publicly linked with serious offending such as money laundering.”

A further reason not to disclose SARs was that putting suspicions into the public domain might prompt the offender to “dispose of evidence and/or change their behaviour”, possibly becoming more security conscious.

The Home Office said that where a lawyer was “compelled in the context of a specific dispute or litigation”, whether under the CPR or by court order, to disclose SARs in civil proceedings they should “contact the NCA at the first opportunity”.

Lawyers should list all of the SARs they anticipate would be disclosable, a summary of any claim or defence, the reason why it is anticipated that SARs would need to be disclosed, relevant court deadlines and “any other relevant material”.

The Home Office said the NCA would “endeavour to respond to the reporter within a reasonable timeframe” and could make representations to the lawyer or the court “as to how it may be possible to mitigate such risks” if it considered that was necessary.

“Where a reporter receives such an NCA view, it will be able to take that view (or the fact of not having a view) into account in making its decision on whether to proceed with the proposed disclosure.”

“The circular cannot provide definitive answers to decision makers within reporting entities seeking to strike the difficult balance between confidentiality obligations in relation to SARs and disclosure requirements in civil proceedings.

“What to disclose will remain a matter for their judgement in every case. With that said, the circular is likely to receive a broadly positive reception as a constructive attempt to encourage engagement with and consistency of approach by the NCA.”