Lawyers must be able to report “mini-bullying moments” 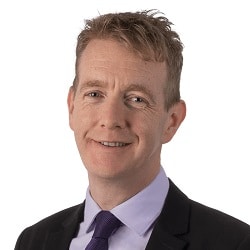 Brady: Most bullying is subtle

Lawyers must be able to report “mini-bullying moments” without fear that things will “go nuclear”, the global director of inclusion at Clifford Chance has said.

Tiernan Brady said he was concerned that if Solicitors Regulation Authority (SRA) rules required that “everything must be reported to the top”, it could “create a wall of silence”.

Mr Brady said most bullying was “subtle” and took place in “unhealthy environments”.

He went on: “Predatory and professional bullies are very incremental and clever in the way they behave – how they chip away and destroy someone.

“The moment when someone breaks could be after the fortieth small thing that happens.”

Speaking at a Thomson Reuters Transforming Women’s Leadership in the Law webinar on bullying and sexual harassment this week, he welcomed the “high profile” prosecutions of senior lawyers in the UK, which “showed leadership” and would encourage people to speak out.

“Nothing focuses the mind of a law firm more than seeing another law firm in the papers for all the wrong reasons.”

However, Mr Brady said that if the SRA required that “everything must be reported to the top”, then staff at law firms would never report small incidents.

“The regulations could stop people from reporting something small if everything is going to go nuclear.

“Most people want the bullying to stop, not to end up in court or justifying themselves to a tribunal or regulator.”

Mr Brady said the challenge was to allow people to log “mini-bullying moments” without others having access. He said Clifford Chance had set up confidential bullying helplines, but they were not “used enough”.

He said regulations should take into account the “reality of what people are feeling”, or they might “shut down the conversation” and “create a wall of silence”.

He added: “The road to hell is paved with good intentions.”

Dee Sekar, diversity and inclusion director at directory publisher Chambers and Partners, said she had experienced for herself the issues of bullying and harassment when she worked as a lawyer in private practice, which was why she decided to leave. She said many of her friends had the same experience.

“There is also a lot of bullying and sexual harassment among business support staff. If we are going to have this conversation, we need to include them.

“I know people in law firms who are experiencing this. We need to include every single member of staff.”

Kieran Pender, senior legal adviser at the International Bar Association (IBA), introduced the webinar by referring to the IBA’s 2019 report on bullying and sexual harassment, which found that only a third of over 7,000 lawyers around the world thought their law firms were doing enough to tackle the issues.

He described dealing with bullying and harassment as a “global challenge”, involving every country.

He said it was particularly important to encourage law firms and chambers to be “more open” and to maintain momentum as lawyers around the world attempted to return to a “new normal” after the pandemic.

Annalisa Reale, an employment partner at Italian law firm Chiomenti, said for her firm, taking part in the IBA survey was “disruptive”, since some on the management board thought there was no need to take part because the firm did not have a problem.

However, she said the younger generation of lawyers at the firm was “very supportive” of being involved.