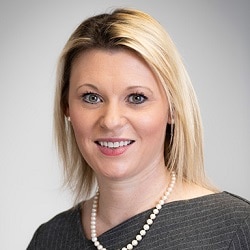 Beaumont: Culture more aligned to that of a traditional law firm

A consultant-led law firm launched shortly before Covid struck has said that “reflection” by lawyers during lockdown of what they wanted from their lives and careers has aided its expansion.

Anna Beaumont, co-founder and co-chief executive of Bexley Beaumont, said the firm offered lawyers a “fair and ethical way of working in which they are directly rewarded but still feel part of a team”.

Bexley Beaumont opened in January 2020 and has met its first-year target by bringing on board 18 partners, all of whom work as self-employed consultants, with two more joining in March.

A report last week predicted that firms of legal consultants were set for huge growth and would become the dominant business model in the consolidation of the high street and mid-market.

Ms Beamount, a former chief executive of leading consultants firm gunnercooke, said the growth of her firm showed that some lawyers were looking for a different way to practise law.

“We expect more fee-share firms will be established over the next few years, giving lawyers and clients more choice, which can only be good for the sector.”

She said she preferred the label ‘hybrid’ for the firm than ‘virtual’ because it has offices in Manchester and plans to open a second “collaborative hub” in London by the end of the year, probably followed by Birmingham.

“It’s not the day-to-day running of the firm that keeps me awake at night, but the team culture,” she said.

Ms Beaumont said the partners met at least once a week online, and the firm invested a lot of time in arranging online social events, such as a talk from a manager at Harrods.

“People want to know how the firm is doing and get to know their colleagues, which at the end of the day benefits our clients.

“Our culture is one of the reasons we’re different and is more aligned to that of a traditional law firm than other fee-share firms. There is a real willingness and desire to support each other.”

Ms Beaumont said that when it was allowed, partners went on walks together of up to six people.

She also used walking to help keep in contact with co-founder and co-chief executive Karen Bexley.

“We spent a lot of time together on the business plan before we launched,” Ms Beaumont said. “It’s important to make sure we still feel connected.”

Ms Beaumont said the first national lockdown was quieter than now, both in terms of workload and new partners, and there was far more going on at the moment in corporate and property work.

“I think 2020 for some lawyers has given them time for reflection on their career, and that has been part of the reason for our growth.”

She said some lawyers were now, in the third national lockdown, “looking forward to getting back to the office”, but what was needed had probably changed to more of a “collaborative hub”.

The firm employed two paralegals and in due course aimed to have one in each of its four teams, along with junior lawyers “when the time was right”.

Ms Beaumont added that many solicitors did not want to be part of the largest law firms.

She said that in some ways she was “trying to recreate one of the fantastic boutique firms of 15-20 years ago”, many of which had been acquired by large law firms.