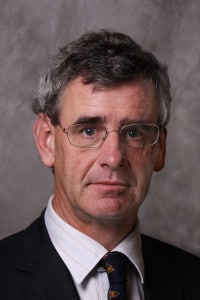 Responses to Lord Justice Briggs’ recommendation to create an Online Court (OC) have pitted sceptical solicitors and barristers against others who have given the scheme a more generous reception.

In a number of reactions to the interim report of Civil Courts Structure Review, which was published in January, reviewed by Legal Futures, there was near consensus that an OC should be piloted, and pay careful attention to the needs of those who might find it difficult to access justice online.

But lawyers were worried about the impact of a change in the approach to justice represented by the OC, and the dangers of removing them from it.

There was a widespread recognition that the traditional adversarial system of justice could be supplanted by something more inquisitorial, and general concern that the case officers envisaged by Briggs LJ should be up to the task. Proper funding for the court was essential, as was attention to data security, most respondents urged.

Where responses diverged most widely was on the question of whether justice without lawyers, or with a greatly diminished role for lawyers, was either possible or desirable. Predictably, it was the lawyers’ representatives who, while supporting the principle of an IT-enabled, faster, cheaper justice system, raised the most fundamental objections to the proposals.

The Law Society and Bar Council between them raised by far the greatest number of detailed questions. The society queried whether the OC should go ahead when “there has still not been any evaluation of the significant impact of the Legal Aid, Sentencing and Punishment of Offenders Act 2012”.

The Bar Council warned that a “lawyerless” court risked producing “a two-tier justice system”. It acknowledged that the OC was conceived partly to deal with criticism that there were already two tiers – “those who can afford lawyers and to issue proceedings and those who cannot” – but it suggested the OC proposal “actually enshrines a two-tier arrangement by building it into the civil justice system”.

In any case, the barristers said, the OC “would only be appropriate for money claims”, but it argued that £25,000 was the wrong level, with claims at the top end “likely to be extremely significant” for litigants. “We question whether it is appropriate to deal with such litigation in the same way as much smaller claims or indeed with the objective of limiting or precluding legal advice or representation”, they continued.

The Association of Personal Injury Lawyers (APIL) welcomed Briggs LJ’s recognition that personal injury (PI) cases were unsuitable for the OC, for the reason that claimants and defendants rarely played on a level field.

Employment lawyers argued that an exemption should also be extended to their work, except very simple cases, for the same reason. The Employment Lawyers Association lobbied: “Employment claims… are also characterised by their complexity, and the manner in which they are handled needs to take into account the special nature of the relationship between employers and employees.”

Some respondents queried whether an IT project on the scale of the OC could ever be built successfully. The London Solicitors Litigation Association said: “Our greatest concern… is the feasibility of building the necessary IT infrastructure, essential for the Online Court to work, on time, within budget and with the necessary functionality to enable it to be genuinely user friendly for the vast majority of likely users.”

A key existential fear of the lawyers was that the OC would open the door to the adversarial system of justice being gradually replaced by an inquisitorial system. The risk was that “the benefits of the current adversarial system are lost,” said the Law Society. Further, “there could be significant cost to the public purse in transferring to judges or case officers functions that are currently carried out by the parties or their lawyers”, it warned.

APIL said the shift to an inquisitorial system should be acknowledged explicitly; and that any OC with “limitations upon access to legal representation” would mean “the judiciary… will need specific training in their role change, and be provided with adequate resources… for example access to research assistants, as judges will no longer be able to rely on lawyer advocates.”

A phased roll-out of an OC was essential, said a variety of respondents. Professor Roger Smith, the author of the Legal Education Foundation’s (LEF) response who is researching online justice, said: “No advance position on the limits of access need be taken if the approach to implementation is phased, gradual and subject to the maintenance of existing systems. We can see by experiment what is possible.”

Lawyers argued that their role in the system was intrinsically necessary to ensure justice. The Law Society said: “Solicitors have significant experience of working at an early stage with people considering litigation and… can also advise clients when not to pursue cases when their claims are weak, or whether the OC is indeed the right forum for their dispute.”

The Bar Council worried about how the OC would impact on young barristers and ultimately affect the “pool of advocates available to become leading advocates in 10 or 20 years’ time, and decrease the pool of potential candidates for the judiciary”.

Repeated concerns from several respondents focused on vulnerable people that might be excluded from an OC: the elderly, those without a fast internet connection, and people who could not speak English. Around 6m people were said to have never been online.

The public education charity, Law For Life, focused its response on litigants-in-person (LiPs), which it said “must be at the centre of the [OC’s] design process and should be involved in testing or piloting at an early stage”. Older people’s services should also be consulted, it argued, worried that “around 60% of the population struggles to identify basic legal rights and institutional frameworks that help them to gain redress”.

Data security concerns exercised several respondents, who pointed out that certain users have privacy and online safety worries that might deter them from using an OC.

The Law Society went further, warning that an OC could be “more susceptible to fraudulent claims… than a physical court”. It added: “Concocted claims of this kind could even provide a new route for money laundering.”

Despite concerns about excluding lawyers, some respondents recognised that an OC could enable access to justice at a time when it was declining. The Chartered Institute of Legal Executives said: “At a time when there is a great deal of unmet legal need and there has been a rise in [LiPs], the ability to navigate the complexity of the current system can be a deterrent to those needing to pursue claims. The recent rise in court fees also has the potential to deter claimants from seeking justice.”

Perhaps the most enthusiastic respondent, despite serious concerns about proper resourcing, access by vulnerable people, and that the lessons of online justice projects in the Netherlands and Canada be heeded, was Roger Smith in the LEF’s response. If the OC was done properly, and any temptation to “rush into inadequately designed and insufficiently trialled implementation” resisted, he said, the OC represented “an opportunity to reform the courts for a generation”.