Lawyers hits back at attacks by international bodies on privilege 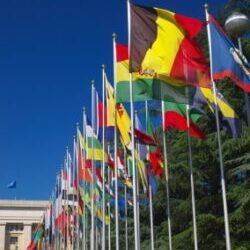 Multiple international bodies are seeking to undermine both legal professional privilege (LPP) and the independent regulation of the profession, a global lawyers group has warned.

In a statement defending the principle of lawyer-client confidentiality, the International Bar Association (IBA) said these bodies considered that the profession’s core values stand in the way of their efforts to stamp out financial crime”.

The most recent, from the UN High Level Panel on International Financial Accountability, Transparency and Integrity, said: “Lawyers and law firms often abuse their legal professional privilege, asserting that routine tasks, such as creating a corporation, that may be performed by non-lawyers are protected from disclosure on grounds of privilege.”

It continued: “Self-regulation has proved to be insufficient and unreliable.”

A roundtable report from an OECD competition working group recorded comments that procedures to protect LPP could be “burdensome and costly”, while assessment of LPP claims could “delay enforcement”.

This meant there needed to be an “effective independent review of legal privilege” to prevent abusive claims.

The IBA said: “The global legal community cannot ignore recent attacks by several international organisations: there are serious risks involved if the state has too great a power to invade or erode the principle of lawyer-client confidentiality.

“There is nothing to stop a state that overrides confidentiality in the name of ‘legitimate’ concerns then going on to use those powers for oppressive or unconstitutional purposes.”

The IBA said the statement was drafted by a taskforce which included representatives from leading City law firms, such as Freshfields, Bird & Bird, Ashurst, Clifford Chance and Norton Rose Fulbright.

The statement accepted that dishonest lawyers may “intentionally misuse” confidentiality in communications between clients and lawyers to further their criminal goals or turn a ‘blind eye’ to their clients’ suspicious activities.

Legislators should react by “disapplying the concept of lawyer-client confidentiality in appropriate, but narrow, circumstances”.

But the IBA argued that the “need for proportionality” in action to tackle abuse was not “properly recognised” by some governments.

“For example, in some countries, despite the protection of lawyer-client confidentiality on paper, there may be searches by investigation authorities of lawyers’ premises, followed by the seizure of all documents, regardless of those legal protections.

“The penalties for such breaches of confidentiality are often so insubstantial that there is no incentive for the investigation authorities to discontinue such practices.”

The IBA called on “regulators, Bar associations and law societies” to devote “enhanced attention to the responsibilities and rules associated with lawyers’ obligations under lawyer-client confidentiality”, expand training regimes for newly admitted lawyers and provide refresher training for existing lawyers.

Law enforcement should focus on solutions which involved the “responsible and proportionate use” of existing exceptions to lawyer-client confidentiality and collaboration with lawyers and Bars to “prevent any unlawful activity” from taking place.

“Diluting the lawyer-client confidentiality principle is disproportionate, misguided and damaging, given the interests that need to be balanced, and the other solutions that are available.”

In his foreword to the IBA statement, Lord Neuberger, former president of the UK Supreme Court, said: “It is not right for governments to start deciding on the extent or nature of the privilege to be enjoyed in any particular case.

“It is for the courts to enforce the well-established principle of legal privilege against attacks from all comers, including, but not limited to, governments.”

Sternford Moyo, president of the IBA, added: “The IBA is committed to the fight against financial crime but providing governments with oversight of the legal profession as a remedy is of great concern.”