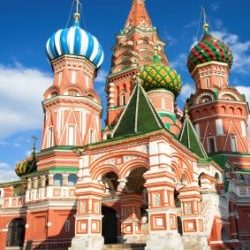 Lawyers have become “de facto agents of the Russian state” by helping to smooth the way of Russian money entering the UK, according to Parliament’s Intelligence and Security Committee.

The committee’s long-awaited and high-profile report on Russia yesterday questioned whether government “took its eye off the ball on Russia”, finding that it underestimated the response required to the Russian threat and was “still playing catch up”.

The committee said: “Russian influence in the UK is the new normal. Successive governments have welcomed the oligarchs and their money with open arms, providing them with a means of recycling illicit finance through the London ‘laundromat’, and connections at the highest levels with access to UK companies and political figures.

“This has led to a growth industry of ‘enablers’ including lawyers, accountants, and estate agents who are – wittingly or unwittingly – de facto agents of the Russian state.”

While it was too late to “shut the stable door”, the committee said, “greater powers and transparency are needed urgently”.

The report said the UK became particularly popular with Russian oligarchs following the introduction of the investor visa scheme in 1994, “followed by the promotion of a light and limited touch to regulation”, with London’s strong capital and housing markets offering sound investment opportunities.

“The UK’s rule of law and judicial system were also seen as a draw,” it said.

“The UK welcomed Russian money, and few questions – if any – were asked about the provenance of this considerable wealth.”

Rather than encouraging major Russian companies to embrace ethical and transparent practices through their exposure to “a law-based commercial environment”, instead this approach offered “ideal mechanisms by which illicit finance could be recycled through what has been referred to as the London ‘laundromat’”.

This money was also invested in “extending patronage and building influence across a wide sphere of the British establishment”, and resulted in a “growth industry of enablers” – individuals and organisations who manage and lobby for the Russian elite in the UK.

“Lawyers, accountants, estate agents and PR professionals have played a role, wittingly or unwittingly, in the extension of Russian influence which is often linked to promoting the nefarious interests of the Russian state,” it emphasised.

The committee continued: “A large private security industry has developed in the UK to service the needs of the Russian elite, in which British companies protect the oligarchs and their families, seek kompromat [compromising information] on competitors, and on occasion help launder money through offshore shell companies and fabricate ‘due diligence’ reports, while lawyers provide litigation support.”

A Law Society spokesman said: “The UK has one of the strictest anti-money laundering regimes in the world.

“Solicitors are highly regulated and – in line with their obligations – are all too aware of the dangers posed by international criminals. They remain vigilant across all aspects of practice for warning signs of money laundering.”

The committee also expressed concern that the National Crime Agency – which leads the work on disrupting Russian illicit financial activity – lacked the resources “in terms of financial investigators, technical experts and legal expertise” to do its job properly.

While unexplained wealth orders appeared to provide the agency with more clout and greater powers, “the reality is that it is highly probable that the oligarchy will have the financial means to ensure their lawyers – a key group of professional enablers – find ways to circumvent this legislation”.

In its response to the report, which rejected the committee’s criticisms, the government said it has ramped up law enforcement capabilities to specifically tackle illicit finance, with over £48m in funding over the last year.