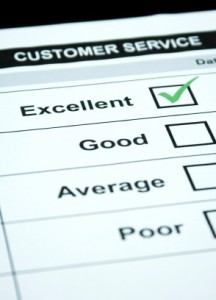 Lawyers are a little happier with the service provided by the Legal Ombudsman (LeO) than complainants, new research has revealed.

The results of customer satisfaction surveys undertaken between July 2011 and June 2012 also showed that just 27% of consumers were told about LeO by their lawyer, despite the mandatory signposting requirements.

The quarterly survey of around 250 complainants and 100 lawyers found, unsurprisingly, that the outcome of their case coloured respondents’ views on the process, but overall 80% of lawyers were satisfied with the professional service provided by LeO, and 20% dissatisfied, compared to 72%/28% for complainants.

Lawyers were particularly positive about the fairness with which their case was handled, and that the service was generally effective/professional. For consumers it was the ‘good’ service and that LeO had handled the case well. On the flip side dissatisfaction came from both sides feeling LeO was biased against them.

The report concluded that whilst perceptions of LeO and its case process are generally very positive, there are some areas which need improvement in the perceptions of both complainants and lawyers.

It explained: “Not surprisingly lawyers are more familiar than complainants with the Legal Ombudsman, having been involved in more cases, and have a greater knowledge of the organisation. This translates into their expectations more likely to be met in terms of length of case and amount of contact.

“Complainants are more likely to find the Legal Ombudsman’s website useful than lawyers. Those who did not find it useful, feel there needs to be more specific information about case outcomes, and more information for complainants rather than lawyers. Lawyers in contrast feel the website is too focused on complainants’ issues, however they also mention a lack of detailed information.”

The survey noted that whilst outcome of case will always have a significant impact on perceptions, other aspects are also important. For both complainants and lawyers, critical factors include: confidence in the process; decision-making being fair; information provided and used that reflected the case details; taking into account complainants’/lawyers’ views at all stages; speed of case; and confidence that the case has been fully investigated.

The only aspects that differ between complainants and lawyers is that complainants also need to understand the process and have issues explained to them. Lawyers feel conducting the case effectively and professionally is more important.