Lawyers and firms flock to app that cuts out legal recruiters 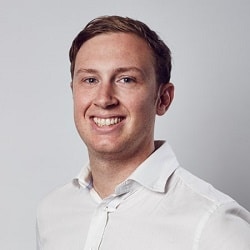 Allan: looking at use of AI

A ‘disruptive’ legal recruitment app backed by investment from a commercial law firm has signed up thousands of lawyers and dozens of law firms in its first five months, and has just launched in Australia too.

The move down under is targeted at both domestic and international demand from UK firms hiring talent from abroad.

Route1 aims to connect legal employers and lawyers without the need for middlemen. It is targeted mainly at associates, but includes paralegals and counsel, and has taken its first advert for a partner.

The app matches lawyers with relevant jobs based on their location, PQE and specialisation, and they remain anonymous until they decide to apply for a job.

The app is free for employers and job-hunters alike. For successful hires, employers are charged a commission of 5% of the lawyer’s first year salary, which Route1 describes as a fifth of average recruitment agency fees.

Since launching in May this year, Route1 claims to have signed up over 3,000 lawyers and around 50 employers, including Clifford Chance, Linklaters, Herbert Smith Freehills, DLA Piper and Addleshaw Goddard.

Henry Allan, chief executive of Route1, said this represented only a small fraction of the legal services market. “We need to learn more about the system and its users, and what works and doesn’t work,” he said.

Mr Allan, who began as a legal recruitment consultant before moving into IT, said Route1 currently employed eight people in London – based at the Google Campus – and two in Australia. He said different versions of the app could be applied to other professions, including accountancy, as well as to other sectors like insurance and IT.

Along with south-west law firm Ashfords, which made Route1 its first external investment earlier this year, funders include individual lawyers and angel investors.

“Ashfords invested at the idea stage. Having their investment has been really valuable. I suspect that for a lot of people seeing lawyers can be difficult and expensive, but we’ve been fortunate in getting high-quality advice from a law firm that supports us.”

He added that it was not uncommon in the US for law firms to make external investments, and Ashfords was spending “hundreds of thousands of pounds a year” on recruitment. “They felt the pain, and thought it was the right thing to invest in.”

He said that there were a lot of ways in which artificial intelligence could be applied to the legal recruitment market in the future. “Some law firms are anxious that by allowing candidates to apply to them directly, they could be swamped by a large number of applications, so they like to involve a recruiter.

“How can they vet the good from the bad? We would like to see if AI could identify certain traits in a CV – for example, the types of transaction they’ve been involved in, such as IPOs.”

Following Australia, Hong Kong, Singapore and Abu Dhabi were all potential targets for further expansion, but conquering the USA would need additional investment.

“It’s the biggest legal market, but it’s terrifying,” Mr Allan said. “We would need a further significant investment round to tackle the USA properly. You can’t tackle it on a shoestring, otherwise all you create is a ripple, not a splash.”