Lawyers “failing” in their duty to signpost clients to Legal Ombudsman 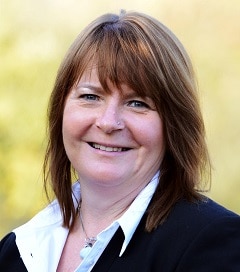 Stone: regulations are quite clear

Lawyers are still failing in their regulatory duty to tell clients about the right to complain to the Legal Ombudsman (LeO), its research has found.

When asked how they first heard about the scheme, only 20% of 3,680 consumers who had been in contact with the LeO said it was from their lawyer.

Signposting has been a regulatory requirement since October 2011 and many lawyers’ failure to do it a running theme of recent years. A 2011 survey found that just 8% of lawyers told clients about the LeO, while the then Office of Fair Trading criticised the shortcomings in 2013.

The findings do, however, contradict a statement by the LeO just last year that said “the majority of legal service providers signpost to our service effectively”.

The LeO said today that the lack of signposting has contributed to a general reduction in awareness of the scheme, meaning consumers might not know where to go for help when things go wrong.

Chief ombudsman Kathryn Stone said: “Many people could be losing their chance to put things right after receiving poor service, simply because they don’t know where to go.

“Legal regulations are quite clear that lawyers should be telling clients about how to complain if they are unhappy, and that they can bring a complaint to the Legal Ombudsman if they’re dissatisfied with their lawyer’s handling of a complaint.”

The LeO’s guidance to lawyers says there should be clear signposting to the scheme in the initial client-care letter, and also when they have finished their internal, first-tier complaints handling.