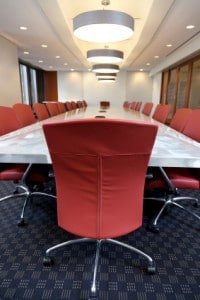 The Law Society found itself at loggerheads with the Legal Services Consumer Panel last week after the pair placed themselves on opposite sides of the debate over who should run the process of choosing the chairman and board of the Solicitors Regulation Authority (SRA).

Backing an unexpected LSB consultation on appointments and reappointments – which closed on Thursday and was clearly targeted at the SRA – the consumer panel argued that there were risks to regulatory independence and public confidence if the process remained in the hands of a representative body.

Under current internal governance rules, professional bodies have been allowed to run the process, as long as they “consult fully and transparently” with regulators. The Law Society is responsible for appointments to the SRA, but the Bar Standards Board controls its own appointments process.

In its response to the consultation, Chancery Lane said it was “surprised and disappointed” the LSB was pursuing the change. It said such a move was not backed by sufficient evidence, had not been raised before, and that “revisiting the settlement between the SRA and the Law Society” would be time consuming.

It said the existing system followed “best practice principles of public appointments” and allowed both frontline regulators and approved regulators – namely itself – “to input fully into… [the] process”.

The change was first mooted by the SRA, which said in principle appointments panels could be chosen due to their perceived willingness to advance the professional body’s or profession’s interests.

The consumer panel agreed and warned the risk of “undue influence” in reappointments to a second term could be “even greater once the representative body has seen the chair and board members in action during their initial terms of office”. Further, the chairman and board members could “adjust their behaviour” so as to “avoid upsetting the representative body” when their terms were due to expire.

It said public confidence would be “hard to sustain” as long as representative bodies could “continue to install and reappoint those who head industry watchdogs”.

It recommended regulatory bodies should be responsible for designing competencies required of members and the appointments and reappointments process, as well as delegate decisions on chairs to an independent appointment panel. If all that were done, it said, “we are not convinced it is necessary for the LSB to approve the… arrangements as conforming with the internal governance rules” – mainly on grounds of the cost involved.

The panel added that membership of the regulatory boards should also include people with “broad regulatory and consumer experience”, in part to “send a healthy signal” about the independence of the process.

Recruitment advertisements should be led by regulators but “jointly branded” with representative bodies because they were the “most visible” part of the process and would “shape public and candidate perceptions” about the independence of the regulator.

The consultation on appointments and reappointments was announced at the same time as the LSB decided to press ahead with its policy on lay chairs, despite widespread opposition. The panel welcomed both developments.