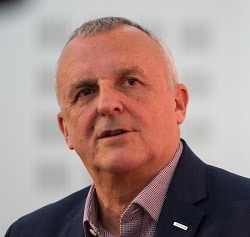 Rupa: The law is not the product

The co-founder of the only wholly owned trade union alternative business structure (ABS) has described the legal sector as not concerned with the general public’s access to justice but “access to profit”.

Tony Rupa, head of legal services at the Communication Workers Union (CWU), also said that UnionLine, an ABS set up with the GMB and based in Sheffield, would shortly be opening an office in Belfast.

Speaking at Tuesday’s Legal Futures Innovation Conference, he said the legal industry still “seems to be obsessed by debt, profit and finance”, with hardly a thought for the client.

Mr Rupa said the legal profession’s focus on “access to profit” and the “fear tactics” employed by lawyers during the debate over ABSs, persuaded him to set up UnionLine in 2014.

He said that in the wake of LASPO, and the lack of funding for cases, “a lot of partners decided to cash in their chips and leave the sector” despite their responsibility to the staff they left behind.

Mr Rupa said UnionLine had expanded from around 20 staff when it started to over 100. It had opened a second office in Glasgow to service members north of the border, and this would be followed by one in Belfast.

He said that his own union, the CWU, had a £29m turnover in member subscriptions and £56m in assets. “There’s no chance of my law firm going under because it hasn’t got the finance.”

Mr Rupa said Unionline still used panel law firms for specialist work, but to a lesser extent than before.

“We’re a not-for-profit law firm. All the revenue we generate goes back into UnionLine so we can continue to provide services free of charge.”

He added: “Was ABS a good thing? I think it was. It allowed a fresh, new energy to come into the marketplace and people to start looking at things in a different way, rather than just about profit margin.

“For me, as long as you focus on the client, you’ll be successful. The ABS is useful, it’s a good addition to the legal services market and it’s got an extremely long shelf life.”

In the same session – on law firms owned by non-legal businesses – Graham Neyt, managing director of LHS Solicitors, told lawyers worried about the “Big Brother” influence of being part of something much bigger that in his experience, it “just doesn’t happen”.

LHS is an ABS owned by insurer Abbey Legal, which is itself owned by US insurance giant Markel.

Mr Neyt said LHS, which specialises in work for SMEs and membership associations like the Federation of Small Businesses, was part of a wider move by insurers to set up legal services.

He said he had not experienced problems with conflicts of interest through being part of Markel.

“It’s a gigantic organisation, used to enormous amounts of regulation. The only rubbing point is that our regulator is so different. If I say I can’t do something for these reasons, there is no push back on that. It’s always a case of ‘how do we make it work, how do we comply’.”

Mr Neyt said that among the advantages of being part of a big organisation were “fantastic resources” when needed and “enormous wealth” of experience and knowledge.

Among the disadvantages was the need to justify decisions taking into account the wider goals of the organisation.

He added that he sat on the executive board of Markel in the UK.

“It’s the polar opposite of what I expected. It’s not about me being dictated to, but having a say in the wider business.”