Lawyers bemoan lack of employer support over stress and burnout 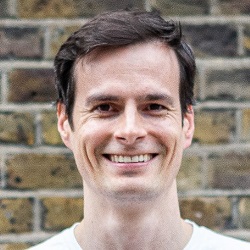 Nine out of ten lawyers have experienced stress or burnout at some point in their professional lives but only a fifth felt supported by their firms when they did, according to new research.

Meanwhile, two-thirds said their job had a negative impact on their mental health, with 31% saying it had a long-term effect.

A similar proportion (61%) said work had a negative impact on their physical health, with 35% saying it had a long-term effect.

The report, from legal transaction platform Legatics, was based on a survey by YouGov of over 100 lawyers, working mainly in corporate, litigation and real estate departments.

More than nine in ten (92%) had experienced stress or burnout at some point in their careers. A significant minority, 29%, said they experienced it every day, 23% on a weekly basis, 27% monthly and 13% less than once a month.

Only 6% said they had never experienced stress or burnout.

Anthony Seale, chief executive of Legatics and a former associate at Clifford Chance, said he and other members of his team had witnessed many of the problems highlighted by the survey, such as lack of support and mental health issues, when they were lawyers.

“We always knew the problem was big, but the figures in the survey and the scale of it really hit me.”

High workload was cited as the biggest issues contributing to dissatisfaction” (89%), followed by work not being recognised by senior managers (50%) and lack of support (36%).

Respondents said the biggest impact technology could have in reducing stress and burnout was in automating administrative or mundane work (59%). It could also improve work/life balance (50%) and reduce the need to work overtime (43%).

Mr Seale said technology had automated parts of junior lawyers’ jobs, make work more interesting and enable lawyers to work faster, but it “had a long way to go”.

When it came to factors that might cause them to leave the profession, poor work/life balance was mentioned by almost half of respondents to the survey (49%), followed by burnout (35%) and low pay (9%).

Mr Seale said he believed that lawyers were not just working for the salaries because there were other jobs with higher salaries and with a different working culture.

“I am of the view that what people want is meaning in their work.”

The most popular reason lawyers gave for entering the profession was “to make a difference to people’s lives” (28%), ahead of a good salary (25%).

“So many lawyers saying they are entering the profession because they want to make a difference is very important,” Mr Seale said.

“I wonder one of the things they are thinking about when they decide if they are going to stay in the profession is whether they can fulfil that purpose.”