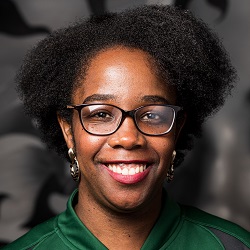 Phiri: Everyone has the right to legal advice

A community interest company (CIC) set up to offer free legal advice to those unable to pay for it and not eligible for legal aid has increased the number of its volunteers from nine to 50 during the pandemic.

Ms Phiri, an English law student who became a New York attorney, said that until March last year clients were limited to Nottingham, Birmingham and London but, following the launch of the ULA website in April 2020, they came from all over the country.

The CIC was registered in the autumn of 2018 and got its first start-up grant in the spring of 2019 from UnLtd, which funds social enterprises.

It plans to restart its Windrush face-to-face advice in Derby next month.

“The dream was always an online clinic,” Ms Phiri added. “When Covid happened, we were ready with the idea.”

Of the service’s 50 volunteers, 21 are solicitors, barristers or legal executives, 18 law graduates who have completed the legal practice course (LPC) or Bar professional training course, and 11 other law students.

Some of the volunteers are young solicitors working for commercial law firms who wanted to do pro bono work online.

“They like the way we work,” she said. “It’s hard to find time for voluntary work if you’re working 12 hours a day. This way they can go onto the website at the weekend and see what has been assigned to them.”

ULA is not regulated by the Solicitors Regulation Authority and carries out no reserved work, although itias regulated for immigration work by the Office of the Immigration Services Commissioner.

To help fund itself, ULA does some paid work on immigration cases, as well as wills and estate planning, and hoped to be able to provide paid-for legal templates and downloadable documents.

Of the hundreds of people ULA helped in the last year, housing, employment and contract disputes were the main issues they faced.

“A lot of landlords have been behaving badly during the pandemic,” Ms Phiri said. “It’s shocking.” She said illegal evictions were a particular problem.

Clients were referred by LawWorks, Citizens Advice and law centres, with a few coming to the service via social media.

Clients who need complex advice are referred to solicitors. “We’re not here to replace anybody, but to add to them,” she said.

Ms Phiri studied law at Birmingham City University and did the LPC at Nottingham Law School. She said she had to withdraw from the LPC, partly because she was homeless and living in a hostel.

She worked for Nottingham City Council as a paralegal and studied to become a New York attorney with Barbri, flying to New York for the exam. She later worked as an aviation adjudicator but her real interest was free advice.

“The group I wanted to target were those who cannot afford legal services but do not qualify for legal aid. I believe that everyone has the right to legal advice.”