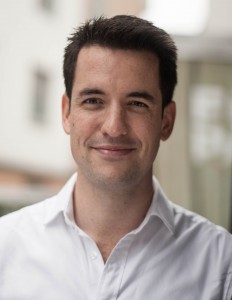 Lexoo gets a number of fixed-price quotes for clients from “hand-picked” lawyers it has previously vetted. Clients compare the quotes and make their own choice.

Chief executive Daniel van Binsbergen, a Dutch lawyer based to London, said Lexoo’s “sweet spot” was finding former magic circle lawyers now working for a boutique practice or for themselves.

“They offer really great value because their overheads are lower,” Mr Van Binsbergen said. “They can cut their hourly rates in half and make more money than they did as an employee. The trick is to find these gems.”

Mr Van Binsbergen said Lexoo’s users were growing by 30% every month, with the platform generating around 1,000 quotes so far.

He said the company aimed to increase the amount of legal work it processed from over £100,000 to £1m by the end of the year.

Lawyers are not charged subscription or membership fees, but pay 10% commission on money actually received from clients.

Mr Van Binsbergen said Lexoo worked with up to 100 law firms, most of them small practices with five or less partners, but also with four larger firms – Thomas Eggar, Fieldfisher, Harbottle & Lewis and Fox Williams.

“Clients are asking more and more for fixed prices and expecting lawyers to carry some of the risk,” Mr Van Binsbergen said.

“It’s not enough to do things by the hour. Fixed fees are an incentive to do things in an innovative way. Law firms of the future will have to adapt to the new expectations of clients”.

Mr Van Bingsbergen worked as a foreign lawyer at international firm De Brauw, first in Amsterdam, then London. His co-founder is chief technology officer Chris O’Sullivan, who specialises in developing websites and apps.