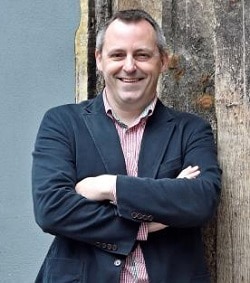 A lawyer-matching service for SMEs has raised £50,000 in less than three days as it bids to crowdfund £360,000 for the next stage of its development.

LawyerFair has told potential investors on CrowdCube that “legal services are an inefficient, low innovation marketplace where suppliers measure success by the growth in their hourly rate and our research illustrates clear market pain”.

Since launching in October 2013, Lawyerfair has fielded over 1,200 requests for legal advice, and it currently offers a bespoke matching service with its lawyer panel after talking to the client. It claims to save 40-60% on legal fees for some clients.

However, the figures it has provided to potential investors show projected sales of less than £15,000 in the year ending 30 September 2016.

Mr Weaver told Legal Futures that some of the work it was delivering to law firms was not immediately revenue generating, such as cases being handled under conditional fee agreements, and arranging retainers which see clients pay a monthly fee to their lawyers for ongoing advice. Firms pay Lawyerfair 10% commission.

Mr Weaver explained that the focus was on “higher ticket” work, and Lawyerfair has been growing a network of collaborations, most notably with the Institute of Directors and employment/HR consultancy Croner Solutions. This approach was instead of “trying to bash our heads against [the brick wall of] adwords”.

He added that the company is due to begin working on a project with academics at the University of Essex’s Institute of Analytics & Data Science, with the aim of releasing “data and market intelligence products during latter part of 2016 and into 2017”. These will match automatically match clients with the best solution – not necessarily a lawyer – for their needs. As the company grew, Mr Weaver said, it would not be possible to talk to every potential client personally.

Lawyerfair also aims to expand internationally during next 12 to 18 months.

Potential investors – who collectively will have a 20% equity stake in the business – were also told that the owners aim to exit within two to four years, and that while preparing for this funding round, the company has held talks with a potential trade investor.