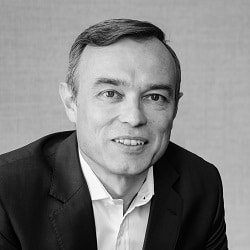 Jenkins: World of legal services is changing, but it’s taking time to ripple out

A former general counsel and City partner has launched an online service that aims to simplify and speed up the way in-house lawyers instruct external law firms.

Tim Jenkins, former general counsel of luxury hotel group Jumeirah, said general counsel (GCs) had taken “too long to wise up to their own economic power” and were “too deferential”.

Mr Jenkins said in-house lawyers regularly selected firms “purely due to historical associations”, plucked “just one firm out of a legal directory”, or used a recommended firm for one instruction “that spills into another”.

His platform, Tap the Market, asks in-house lawyers questions about the type of work they are looking for and allows them to compare proposals from a number of lawyers.

Mr Jenkins said the platform simplified and speeded up the process of instructing external lawyers, enabled expertise and fees to be more easily compared, helped in-house lawyers demonstrate value to their companies and provided them with data and metrics to help them manage their department.

The service is free to use for in-house lawyers, and funded by a commission of 5-10% paid by the law firms which are instructed.

Mr Jenkins, formerly a partner at Trowers & Hamlins in the City and then in Abu Dhabi, said he had been working with a handful of multi-national companies and a number of large commercial law firms since Tap the Market was launched.

“The world of legal services is changing enormously, but it’s taking time to ripple out to law firms and their clients.

“There is tremendous pressure on law firm partners to hit the numbers, but their tremendous knowledge often gets lost.

“Some of us, who have been in the trenches, have a better understanding of the speed and value that needs to be delivered every time.”

Mr Jenkins said a technology investment company, a minority shareholder in Tap the Market, had designed the platform, which includes a panel-building function.

He said some companies spent “tens of thousands” on setting up panels, then only used two or three of the ten firms available.

Mr Jenkins said Tap the Market was currently a virtual business but this could change as it expanded. He said he was discussing funding with private equity houses and venture capitalists.

“I’m an angel investor myself. I’m looking for partners who can build up the business, rather than just provide the money.”

Mr Jenkins said that while he was working at the Jumeirah Group in Dubai, as part of an engagement exercise for his panel firms he “invited [a] £1,000 per hour” external lawyer to clean toilets for the hotel chain, which includes among its assets the Burj Al Arab, the sail-shaped building which describes itself as the most luxurious hotel in the world.

In a post on LinkedIn, Mr Jenkins said he had given himself the housekeeping role the previous year, and other lawyers were given jobs behind the bar, as lifeguards or as butlers.

Mr Jenkins said the point of the exercise was to get external lawyers to understand the client they were working for.

He said external lawyers were particularly weak on “horizon scanning” for their clients – understanding future risks for expanding businesses and warning them about the implications.

Mr Jenkins predicted that in only five to 10 years, mainstream roles in legal services would not exist “in the way people believe they do”.

He said a “different set of individuals” would emerge, whether they were project managers or technologists, and “things would be a lot more fluid”.

He added that none of the lawyers involved in the engagement exercise in Dubai had complained about their experiences.