Lawyer-led ABSs are leading the way, says head of Jackson Canter as it doubles in size 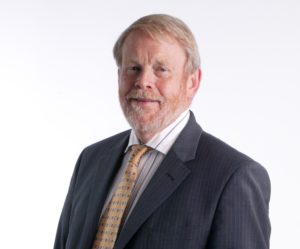 Holroyd: adding to the firm’s “family of niches”

Lawyer-led alternative business structures are leaving their rivals behind, the head of north-west firm Jackson Canter has said.

Executive chairman Andrew Holroyd was speaking as the firm announced the acquisition of Lees Solicitors, doubling its size to over 280 staff.

“We’re an interesting stage in the development of ABSs,” Mr Holroyd told Legal Futures. “Lawyer-led practices, employing commercial expertise, are winning out over the others.

“Law has its own ethos and privileges, which make it different from the other service sectors. Lawyers understand that better.”

Mr Holroyd did not name any of the less successful, non-lawyer led ABSs, such as Quindell. However, he said the problem with some of them was that they were “heavily reliant on one sector”.

He said Jackson Canter’s personal injury department was small, had always generated its own work rather than buying it in, and accounted for less than 5% of the firm’s income.

With the purchase of Lees Solicitors, based in three offices on the Wirral, Mr Holroyd said the Jackson Canter Group would add medical negligence to its “family of niches” – but no niche would generate more than 20% of annual revenue.

Jackson Canter specialises in immigration, actions against the police, family and employment law. “We’re spreading our risk across the market,” Mr Holroyd said.

Mr Holroyd said that while the group would, in the long-term, look at “branding issues”, but the brands would stay the same for at least the next three months.

Mr Holroyd said that he did not rule out seeking external investment for Jackson Canter, or allowing non-solicitors to purchase shares. “We have no definite plans as yet, but we’re enabled to do it when the time is right.”

Meanwhile Knights, the ABS with backing from businessman James Caan, has beaten its target of recruiting 100 more professionals in the whole of 2016 in just the first quarter.

A spokeswoman said that among the 120 professionals joining the firm in the last four months were “tax specialists and management consultants” and there had been “significant growth” in the firm’s property department.

Chief executive David Beech said Knights was taking steps to diversify and offer more non-legal services to clients. “It is an important part of our strategy to provide integrated solutions to our clients, with legal services being part of a wider offering,” he said.

In a separate development, dispersed law firm Setfords Solicitors has opened an office in London. The firm has over 50 staff providing administrative, technical, marketing and PR support from offices in Guildford, Surrey.

A spokesman for the firm, where fee-earners work as consultants, said it hoped to recruit 20 commercial lawyers by November for its new premises in Chancery Lane. The firm currently has around 158 lawyers across the country.