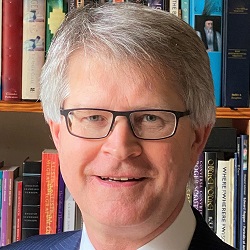 A lawyer has been jailed for 13 months after showing a “brazen disregard” for his regulator by failing to hand over his firm’s files to the Solicitors Regulation Authority (SRA).

His Honour Judge Cawson QC, sitting as a High Court judge, said that “only a significant, immediate custodial sentence is appropriate to reflect the culpability” of Jakub Wojchiech Pawlak and the harm liable to have been caused by his deliberate breach of a court order to deliver up the files.

As we reported in November, when the contempt finding was made, Mr Pawlak, a Polish citizen, was a registered European lawyer who owned JP Law in Stockport.

But after the end of the Brexit transitional period, he was no longer able to hold a regulated position or practise as a recognised sole practitioner. He became a registered foreign lawyer and as such could not run JP Law.

The SRA said he nonetheless continued to offer legal services from 1 January 2021 and it intervened to close the practice in March.

It said he failed to co-operate with the process by not producing client files or a proper explanation as to why he could not, which continued after it obtained court orders compelling him to.

The regulator then applied to commit him to prison for contempt of court, which HHJ Cawson found, after drawing adverse inferences from Mr Pawlak’s unwillingness to give evidence, which the judge suggested was because he feared arrest were he to travel to England.

Having adjourned sentencing for three weeks to allow the lawyer to consider the ruling, HHJ Cawson said last month that in fact Mr Pawlak “has shown no remorse, has offered no apology to the court and has not attempted even belatedly to perform that which was required by [the order], or even to approach the [SRA] to discuss how he might now be able to cooperate with the intervention”.

In considering sentence, the judge highlighted as aggravating factors the “real likelihood of harm having been caused in respect of those whose interests the May order was designed to protect, ie, members of the public”.

Further, Mr Pawlak’s breach was “deliberate and calculated” so that he could continue to conduct litigation even though he did not have the right to do so.

“I am satisfied that by his actions the defendant has shown a brazen disregard for the important regulatory functions discharged by the [SRA].”

Through his counsel, Mr Pawlak put forward medical evidence from a Polish doctor that indicated how what had happened had impacted his mental health, but the judge said he could only attach “limited weight” to it.