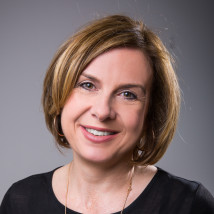 An online service for separating couples who draft their own documents without lawyers has secured another £1.2m in funding, with the introduction of no-fault divorce set to accelerate its growth.

Kate Daly said amicable would use the money to invest in its app and customer dashboard, as well as recruit more staff.

She said the removal of fault from next month would enable couples to “start things off on the right footing”, helping the rest of the process to be “kinder and more family friendly”.

Ms Daly said amicable had until now “spent a lot of time and energy” mitigating the impact of the existing regime, which required couples to prove fault or separation.

However, this did not mean amicable would be less busy. “We expect to do way more work. We’ve helped thousands of couples and expect to double that growth with no-fault divorce.

“From our perspective, it’s all positive. We have the experience and expertise in how to keep people in an amicable place. This is when we move ahead of the pack.”

Ms Daly said amicable’s app, designed for use in England and Wales, had “customers all over the world”, no matter what jurisdiction. Its biggest competitors were in the USA.

Ms Daly said the only time amicable had to refer customers to a lawyer was when they could no longer act as a couple.

Customers included a number of celebrities, who wanted to avoid “fights in the media”, and “plenty of other people with significant assets”.

The business has 32 staff, most of them working on a hybrid basis across England and Wales, and an office in South London.

James Campin, investment executive at 24Haymarket, said: “The business is in an excellent position to grow its reach following the incoming no-fault divorce legislation and continue to provide a service enabling individuals to work together and co-parent after separation.

“Following this capital injection, we hope that more individuals will be aware of amicable’s offering to divorce harmoniously rather than get bogged down with the often long, difficult, and expensive traditional lawyer-led approach.”

In other technology investment news, risk management platform Thirdfort has secured £15m in a Series A round to “ramp up growth and product development”.

The fundraise was led by European venture capital firm Breega. Element Ventures, a London-based fund focused on B2B fintech, has also invested in the round, along with backing from founders of businesses including ComplyAdvantage, Tessian, Fenergo, R3, Funding Circle and Fidel.

Thirdfort supports firms onboarding clients with ‘know your client’ and anti-money laundering services alongside open banking and transaction-specific data. It will soon allow clients of firms using Thirdfort to securely send funds to their professional advisers.

It said the investment would support “continued growth” in its core legal and property markets as well as expansion into other highly regulated sectors, including accountancy, wealth management and mortgage broking.

The company, which launched in January 2020, uses proprietary artificial intelligence and natural language processing to provide Google-like functionality, enabling lawyers to ask questions about their contracts in plain English (and other languages) to get “clear answers and actionable insight”.

The funds will be used to grow Della’s presence in Europe and the USA, and enhance the technology. Current clients include Mishcon de Reya – which had Della in its accelerator programme, MDR Lab, last year – and Eversheds Sutherland

Evgeny Sergeev, founder and general partner at Pragmatech Ventures, said: “It is hard to deny the relevance of artificial intelligence and its applications in the field of law in general, and, in particular, to legal review workflows.

“We strongly believe that Della will shape the future technology stack of both law firms and corporate legal teams globally, and we plan to spend a significant amount of time with the company and its management team to help them on their journey.”

Reynen Court provides a platform, akin to an app store, where firms and law departments can research, test, securely adopt and manage cloud-based software applications on infrastructure of their choice.

Finally, charity Support SEND Kids has received a smaller but still very significant grant of nearly £10,000 from the Worship Company of Information Technologists.

This will allow it to create a digital workflow and checklist for the parents of children with special education needs and disabilities, who typically struggle to manage “the endless flow of tasks involved in accessing their children’s human right to an education”.

Solicitor Janvi Patel, co-founder of Support SEND Kids, said: “The EHCP process by design lacks transparency and is overly bureaucratic, with the result a fragmented and inconsistent application of the same law running across over every local authority in England.

“Helping parents to manage the anxiety generated by this complexity and giving them more piece of mind and time to spend on things other than list building is key to what we are trying to achieve.”