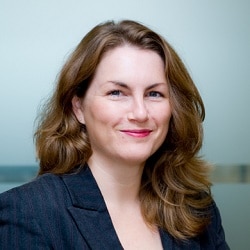 An effort to encourage lawyers to report on everyday proceedings in the family courts to compensate for lack of press interest is being piloted over the next nine months, it has emerged.

The Transparency Project, a charity dedicated to explaining the work of the family courts, has succeeded in modifying the Family Procedure Rules to include a practice direction that allows legally qualified bloggers to attend family hearings under the same rules as journalists.

The pilot, which runs from 1 October 2018 to 30 June 2019, hopes to better inform the public about what happens in the family courts.

Transparency Project chair Lucy Reed, a family law barrister at South West set St John’s Chambers and a deputy district judge, told Legal Futures that the pilot aimed to lift the lid on cases that were not considered exciting enough to make ‘good copy’ for journalists and justify economically.

The practice direction permits lawyers to report on hearings “on the basis that all the usual reporting restrictions applied unless lifted”.

Lawyers’ “professional disincentive… to commit contempt of court” was “a safeguard against reckless publication of prohibited information”, she said.

She continued: “The rationale behind the proposal was to broaden the sources of information available to the public about family courts, without compromising privacy…

“We hope that they will report on cases that are more typical than they are headline grabbing, and in more high-profile cases may report or explain aspects that the mainstream media do not cover or don’t have space to expand upon.”

The pilot came about because the Transparency Project was refused permission to attend a hearing in the notorious ‘Muslim foster care’ case last year, The child AB.

Ms Reed said: “We think it very likely that if we had been able to report alongside the mainstream media in that case we could have added some useful explanations of what was really going on.

“In future when such cases come up lawyers will be able to attend court knowing that their journey will not be wasted and that, bar reasoned objections in the specific case, they will be able to sit and listen, even if they cannot report the full details of the case.”

Ms Reed tested the scheme on day one of the pilot at her local court in Bristol. She wrote in a blog outlining her experiences: “I’ve learnt that it requires quite a lot more thinking on my feet than I had anticipated.

“I think in future I will pick one hearing to attend and I will identify myself to the parties or their lawyers early on, so they have a chance to raise any queries with me.

“I might ask them before I go into court if there are any particular issues about possible identification… or whether they object to me seeing any documents to help me understand the hearing better.

“I will also explain that at the end of the hearing I might ask the judge to clarify what I can and can’t report.”