Lawyer abandons career at Bar to set up CILEx entity 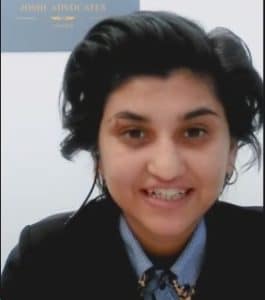 A barrister who spent six years fruitlessly trying to obtain a pupillage has instead become an immigration practitioner as the head of her own firm – one of the most recent entities to be regulated by the Chartered Institute of Legal Executives (CILEx).

Khyati Joshi, the sole principal of London practice Joshi Advocates, was licensed by CILEx Regulation in February, one of two entities to receive approval so far this year and one of 13 altogether authorised since 2015.

Ms Joshi was called to the Bar in October 2011. She spent six years seeking pupillage, making more than 200 applications. During her search she worked as a paralegal but was determined to practice on her own account.

In a video posted on her firm’s website, she said: “I was feeling trapped, wondering why am I not getting pupillage? …

“That did not stop me and seven years down the line I am now regulated to give immigration law advice and represent my clients in court.

“I am supported by CILEx Regulation through and through, and for the last three years they have assessed me to become a practitioner… I am truly grateful.”

Ms Joshi used the experience of being rejected as a marketing tool, telling potential clients: “Know that I [too] have gone through my share of difficult times, having been rejected continuously…

“But the thought of not being able to apply my own approach to a case that I know is for the best in the client’s interest drove me to achieve what I have today.

“If I can see better days, you can too… Be  persistent, be resilient.”

Speaking to Legal Futures, Ms Joshi said CILEx Regulation was supportive, meaning that she could call up with a regulation-related question at any time.

She gave the example of when the Home Office said it could not respond to the firm because, as far as the department knew, she was not a recognised immigration law practitioner. She raised the matter with CILEx Regulation and “within hours” she had a letter confirming that indeed she was.

A CILEx inspection of the practice in August found “I was compliant in every aspect”.

Whereas the Bar course had given her advocacy skills, the CILEx application “gave me the confidence to run my own practice”, said Ms Joshi.

She said becoming a practising barrister now “would be backtracking on the career ladder”.

She was volunteering for a trial of potential applicants for a role as a judge, so when she became eligible to apply in future, she would know how to do it.