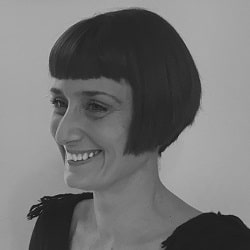 Cassia: Idea came from own experience of divorce

A lawtech start-up aiming to improve communication between family lawyers and their clients has explained how its product could in time help identify cases involving coercive control.

Transparently co-founder Becki Cassia was one of three women in law among the 40 winners of Innovate UK’s Women in Innovation last month.

We have already profiled the other two, Alice Stephenson of Stephenson Law and Samantha Woodham of The Divorce Surgery.

Ms Cassia, who is not a lawyer, said the idea came from her own divorce, during which she had to go through eight sets of court proceedings. One of the biggest problems was that “an immutable chronology” and the full context of the exchanges with her former-husband were not easily available to her lawyers.

The transparently platform provides an indelible “single point of truth” of all events, using blockchain-based technology.

The company will commence beta testing shortly – it has recruited six of the 10 law firms with which it plans to pilot the system – ahead of formally launching towards the end of the year. Income will eventually come from firms’ licensing the technology.

An earlier grant from Innovate UK allowed her and her business partner and IT specialist Steve Stewart to prove that it was possible for technology “to identify coercive control where it was present in conversational data between former couples, post-separation”.

“One of biggest problems is that many survivors feel they’re not believed,” Ms Cassia explained. “They’re left feeling diminished and side-lined, and then they’re put at risk as well, as a result of the system failing.”

However, building such a function would be a “huge project”. She said: “We are very lucky to be supported by like-minded investors.”

The money from the Innovate award will assist transparently’s ambition to enable court-appointed experts to be brought in much earlier than they might become involved at present to support a case-triage process.

Longer term, Ms Cassia said, the hope was to develop the system so that, by analysing the communications between former spouses, it could direct cases to the appropriate form of resolution. “It’s about building the profile of the case and matching that to a solution.”

This could include the specialist domestic violence courts that the government is looking to introduce.

Ms Cassia explained how she has “knocked on a lot of doors” to drive interest in her vision, talking to government and MPs such as Jess Phillips, the shadow domestic violence minister. “Change has to start at the top,” she said.

She praised former Law Society president Christina Blacklaws, a one-time family lawyer herself, for her support – transparently was in the first cohort of companies to join the Barclays legal tech Eagle Lab, an incubator formed in partnership with the Law Society.

In all, transparently has so far raised £500,000 through grants and private equity. The next investment round will be used to integrate the platform with each firms’ own case management systems.

The company has a legal advisory board, made up of 4PB barrister Matthew Persson, Karen Holden, founder of A City Law Firm, and Saleem Arif, chief executive of Review Solicitors.

There is no reason why the system cannot be used in other areas of practice, and Ms Cassia said that expansion was “on the horizon”. She added: “But we have to establish ourselves within family law first.”