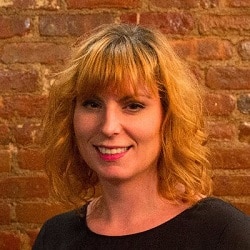 Lawtech start-ups in the UK are not addressing the needs of in-house corporate counsel, although investors will back them because the sector is viewed as less susceptible to a downturn, a report has argued.

Meanwhile, initial findings from Law Society research show that while the UK maintains its lead in lawtech investment in Europe, legal lags behind fintech and global competitors are snapping at our heels.

Last year it more than doubled to £61m and has already just surpassed the total for 2018 – more up-to-date figures we reported last week showed that it has actually done so significantly.

But while certain sectors were well served, corporate in-house counsel were not, TR found.

It said: “The relative paucity of in-house corporate-focused solutions suggests that significant opportunity still exist here, supported by anecdotal feedback in our research that there is strong need in this market for understanding and adopting legaltech.”

However, the report also quoted a prominent venture capitalist specialising in legal tech who highlighted in-house work as being attractive to investors because the market was perceived to be ‘counter-cyclical’ and so thrived in a global financial downturn – which some economists were anticipating.

The reason for this difference from belt-tightening elsewhere was that, under spending constraints, in-house legal departments tended to do the work themselves, or attempted to force their outside advisers to accept lower fees.

Jules Miller, co-founder of legal tech specialist venture capital fund Prose Ventures, said: “When in-house counsel are under additional cost pressures, they either look to take more legal work in-house, where they can manage the work more efficiently, or they pass the pressure onto their outside counsel and squeeze the costs.”

She added: “The same work still needs to be done, which is a major driver of increased adoption of tech and process improvements.”

Initial findings from the Law Society research, revealed at this week’s Legal Geek conference in London, were that legal tech were flourishing in the UK, particularly in the areas of legal analytics, legal project management, governance and compliance, and contract management.

Productivity growth in the legal sector could double from its current 1.3% with greater adoption of tech, it estimated.

The capital was close behind the San Francisco Bay area in three specialist markets for AI suppliers: insurance, legal, and education.

But Law Society president Simon Davis told the conference that the gap between the UK and its closest rivals – notably Singapore, Hong Kong and the Netherlands – was narrow.

He said: “The gap between the UK and its closest competitors is too close for comfort… [Also] UK lawtech lags behind other fields of digital disruption, such as fintech – where funding and regulatory alignment is much more advanced.

“Further investment and strategic support will be needed if we are to maintain our competitive edge in the global market.”