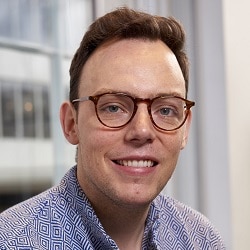 A lawtech start-up specialising in identity and source of funds checks for conveyancers has attracted high-profile investors including the co-founders of Funding Circle in raising £1m.

ThirdFort said it was looking capitalise on increasing demand after increasing the number of law firms it works with from 100 in February this year to 450.

The seed-plus investment round means the company has now raised £2.7m in all.

James Meekings and Andy Mullinger, co-founders of Funding Circle, and David Rutter, founder of R3, were among the new investors, with London law firm Mishcon de Reya increasing its original £100,000 backing for the business, which was a member of its MDR LAB legal tech accelerator in 2018.

That year, Thirdfort announced a £400,000 pre-seed funding round led by Alex Chesterman, the founder of Zoopla property website and the Lawyer Checker conveyancer risk management solution.

Managing director Olly Thornton-Berry said he expected to have 1,000 law firm clients in a year’s time.

He said the team had grown during lockdown from 15 to 25, and he expected it to grow to 35 by the end of the year. The firm has offices in Manchester and London.

He described lockdown as crucial to the firm’s rapid growth, accelerating change in a way that was “transformational”.

Thirdfort uses photos taken by users of their documents and both photos and video of themselves to verify identity. Users access the service via a mobile app.

For money laundering checks, it uses open banking technology to let the user connect to their online banking and retrieve bank statements. There is also a questionnaire in the app for the user to complete.

The service was launched in March 2019 and recruited three law firms in its first few weeks. By October 2019, this had grown to 20 firms.

Along with Mishcon, which uses Thirdfort across the firm, he said the City firms included Boodle Hatfield, Penningtons and Streathers.

Mr Thornton-Berry said that while most of the regional and high street firms used it for conveyancing, where the need for risk and compliance was “most acute”, it was being gradually adopted by other departments.

“We want our product to be more than a conveyancing solution,” he said. “We want it to be a new standard in the legal industry.”

Mr Thornton-Berry came from a private equity background, investing in software companies. He co-founded Thirdfort with schoolfriend Jack Bidgood, who was in banking.

Mr Bidgood was frustrated at the “antiquated” process he had experienced when buying a property, but the real trigger was that a friend of theirs lost £25,000 to a fraudster.

Mr Thornton-Berry said the fraudster successfully posed as a lawyer after hacking into the friend’s email system. He persuaded the friend to transfer the deposit money for a flat to him. The friend never recovered the £25,000.

“We came across many people who had heard of experiences like that,” he explained.

He said Thirdfort was unlikely to look for further external investment for the time being because it had achieved profitability and wanted to grow organically.

“We’re excited about shaping the industry and helping lawyers compete in a very challenging landscape,” he added. “Lawyers need to use technology like ours. We do everything on our smart phones now.”