In the first of a new series of features profiling lawtech start-ups, Dan Bindman investigates Weclaim.com, a business working to use technology to automate small claims on a ‘no win, no fee’ basis. 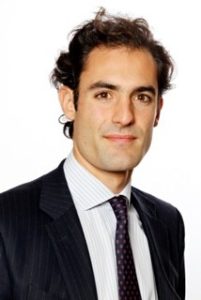 A lawtech company based in Paris, France, is hoping to automate the process of small claims with artificial intelligence (AI) and eventually expects claims to be resolved without human involvement.

In its first 18 months, Weclaim.com – which has won funding in a seed round and is seeking second round funding – has settled some 1,000 claims and has another 4,000 outstanding. Three-quarters of the claims were in France, but in 2017 the business plans to expand into several European jurisdictions, including the UK, Belgium, Germany, Italy, Spain and Portugal.

In the case of a settlement agreement, Weclaim takes a 25% success fee. The company aims to build class actions and file representative cases, but because there is no such thing as a pan-European class action, its strategy is to develop technology that will automatically file individual claims in mass litigation.

Chief executive and co-founder Frédéric Pelouze, a former attorney at a French law firm and a graduate of Paris’s Pantheon-Sorbonne University and Columbia University in the US, started Weclaim with technology engineer Damien Couture in May 2015. Two years earlier, he co-founded Alter Litigation, France’s first litigation finance company.

Mr Pelouze said: “The idea of this website was to leverage technology to enter the small claims market, which really had not been addressed by the current incumbents. [Initially] we have been trying to get traction, which means we have been focusing on small claims that are similar, and easy to address and resolve…”

“This is a business model which is very disruptive… we believe it is scalable firstly because you can use the technology in any legal jurisdiction and, secondly, because we have an EU that is highly harmonised when it comes to claimants’ rights – there are lots of directives and regulations on rights to compensation, cancelled or delayed flights, and so on.”

Mr Pelouze said the company was developing the technology but that it already had “a pretty advanced back-end, with a great workflow of where you stand in your litigation process, so a lot of things are done automatically apart from document review”.

The next stage would be AI based – “a legal algorithm based on the legal provisions and the court precedents that are applicable to your case [which is] going to ask you the right questions and generate the right documents”.

He continued: “Basically the idea is to code the applicable law and the court precedents into an algorithm for a given claim – such as cancelled flights, safety of products, money back from someone cross-border, or recovering your deposit from your landlord.

“For these specific claims [it will be] as if you are talking to a lawyer… [The software] will tell you whether you have a claim, for how much you have a claim, [and] actually generate the right document as if a lawyer drafted it, so it can be filed automatically.”

He said Weclaim was currently “white labelling some solutions for legal insurers, travel insurers and travel agents in the travel space”. Future class actions would include those in relation to new allegations that Audi used software to defeat CO2 emissions controls and Samsung mobile phones which used batteries that caught fire.

Mr Pelouze insisted the business model was sustainable because Weclaim was already becoming “respected and trusted” as legal experts who “know what we are talking about”, leading to “more and more settlements”. He added that good legal preparation had meant the business was “making precedents on some new issues that are going to court”.

He predicted that the future would hold more unbundling of legal services and greater use of online dispute resolution, as start-ups gained traction.

In time, there would be “machine to machine claim resolution… At some point you will see claims that will be sent by machine and which will be resolved by machine as well, which means that, for instance, airlines will have their own machine technology – algorithms that challenge [or] resolve claims.”