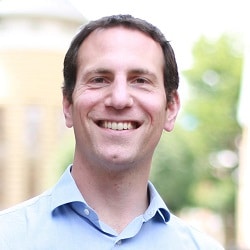 Creating an incubator for lawtech start-ups has led to deeper and more rewarding relationships than expected, the law firm that pioneered the format said this week.

Announcing a new cohort of six legal tech businesses in its MDR LAB incubator for the third year running, London firm Mishcon de Reya reported that the proliferation of rival incubators had not affected the quality or numbers of those applying.

Among new businesses joining the 10-week programme, during which they can trial their products with the firm’s lawyers and clients, three are UK-based and the others from Ireland, Sweden, and the US.

One British start-up, named Astroscreen after the practice of ‘astroturfing’ – an organised campaign purporting to be random grass-roots activity – says it can help protect brands from harmful social media lobbies.

Hipla, which is backed by HM Land Registry, is a platform founded in 2016 that has introduced an insurance-backed agreement to reduce the number of house sales that fall through.

The non-British start-ups are Donna, from Sweden, which uses artificial intelligence to improve contract reviews; US-based Index, a platform aimed at helping lawyers maintain relationships with former clients, and Courtsdesk in Dublin, which helps to analyse court reports.

Nick West, Mishcon’s chief strategy officer and MDR LAB director, said the firm was careful to look for solutions to actual problems “rather than simply letting ourselves fall in love with technology”.

He told Legal Futures that the firm was still in weekly touch with at least one of the 2017 cohort and monthly contact with two or three others.

The firm still had “strong, active relationships” with all 11 that had passed through the programme so far.

Mr West said there was no evidence that more incubators overall had led to a drop off in promising start-ups interested in joining MDR LAB. In fact there had been “more applicants this year than in previous years”.

He added that the main lesson from running a lawtech incubator was that lasting relationships were established. “I don’t think we realised quite what that long-term relationship would mean,” he said.

“The relationships forged in the LAB make it possible for much more effective ongoing collaboration – on product, sales strategy and so forth.

“It’s clear that we can continue to add value to the start-ups and learn from them in return over the long term. I don’t think we appreciated how much that would benefit both parties.”

Last month, magic circle law firm Slaughter and May announced it had chosen the first cohort of six lawtech businesses in its new incubator scheme, known as Collaborate.