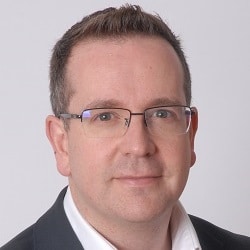 A lawtech business set up by a former City solicitor and his programmer brother is looking to expand further internationally after raising £6m in private equity funding.

Clarilis, which specialises in complex document automation, opened an office in Singapore in February this year and is aiming to expand further into South-East Asia, Australia and Canada.

The firm was launched by James Quinn, a former City lawyer, and his brother Kevin in 2015, after their law firm in Birmingham – Legal Clarity [1], which they set up in 2007 – developed its own document automation software.

The brothers launched Clarilis in 2015. It secured £3.1m in funding [2] from NVM Private Equity in 2018, which managed the Northern Venture Capital Trust Funds.

John Lillie, commercial director of Clarilis, said around 90% of the legal tech firm’s clients were law firms, although some companies approached it directly.

Around 30 of the UK top 100 law firms used the service, including Baker McKenzie and Slaughter and May – last year, it was selected for the latter’s lawtech incubator [3].

“There is definitely a lot more scope within UK markets, but a huge opportunity internationally.”

He described South-East Asia – particularly Malaysia – Australia and Canada as “obvious targets” and said Clarilis was doing “due diligence” on where to go and in what order, bearing in mind travel restrictions during the pandemic.

“We’re not sitting still and waiting for the virus to go away. We’re doing everything we can without getting on a plane.”

Mr Lillie said the money would also fund product development, and he expected staff at the firm’s Leamington Spa base to increase from around 70 to 100 in the next nine months.

“The UK has not been well served when it comes to delivering sophisticated document automation, hence our strength in the market. Other jurisdictions elsewhere in the world have the same problem.

“There are plenty of general toolkits for simple drafting, but the moment you get into anything complex, the market falls away very quickly until we are the only one left.”

Mr Lillie said Clarilis was looking for markets experiencing the same economic pressures as the UK, where greater efficiency and time savings would be particularly welcome.

He said Clarilis enabled firms to be “more assertive” about drafting time and more certain about cost when dealing with clients.

Mr Lillie said law firms had approached Clarilis about investing, but it would not be “appropriate” to take funding from competitors of clients.

James Quinn, chief executive of Clarilis, said: “The uniqueness of Clarilis’s intelligent drafting platform and managed service is resonating with organisations globally – particularly as current market conditions highlight the importance of technology that can provide a strategic advantage.”

Henry Alty, investment director at Gresham House Ventures, has joined the board of Clarilis. He added: “We have spent a long time looking at automation within professional and financial services.

“While the legal world has arguably been a late adopter of technology, firms are realising that automation is essential to driving both cost efficiency and resilience across distributed workforces.”